Investments in Italian real estate up 14% in first 9 months to €5.7 bn 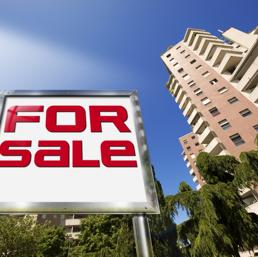 Non-residential real estate in Italy has been growing for nine months, in contrast to Europe. The data from commercial property and real estate services adviser CBRE shows investment volumes of €1.7 billion in the first nine months of 2016, up by 17% compared to the same period in 2015, while in Europe the volumes are dropping by 16% to €163 billion.

There remains, in any case, an excess of liquidity in real estate globally, and Italy is benefitting from this.

“Volumes are growing because international investors are unable to commit capital elsewhere,” comments Davide Dal Miglio, Head of Capital Markets for JLL. “At the end of the year, total real estate investment will reach the €8 billion level not because we are so good but because the various real estate asset classes in nearby countries, such as France, Spain and the UK, do not guarantee equally attractive returns.”

In the first nine months of 2016 Italian real estate had investment volumes amounting to €5.7 billion, 14% more compared to the same period in 2015. According to JLL, in the third quarter of 2016 there were deal closings for approximately €1.5 billion with the office and retail sectors contributing significantly to total volumes.

More specifically, 15 transactions were closed in the office sector in the third quarter of 2016 for approximately €580 million in investments. This contributes to confirming offices as an Italian real estate product in which there is a strong interest, able to reach approximately €2.5 billion in volumes in the first nine months of the year and registering an increase of 28% compared to the same period of last year.

Milan continues to be the location that attracts the most of these investments. The vacancy rate remains very low for quality properties. The rents remain stable at around €500 per square meter per year in the top locations in the historic center and in the central business district and are on the rise in the sub-markets of the center and near the center.

Logistics remains a niche in the real estate market, despite the strong interest in the sector on a European and international level. In the third quarter the logistics segment slowed down compared to the remarkable dynamism in the second quarter of 2016, with only two deals closed for approximately €40 million.

In Rome, in the office sector, the third quarter of 2016 saw an absorption of approximately 41,000 square meters, according to JLL, approximately 24% more compared to the quarterly average in the last five years. There has also been a positive trend for rents, which increased in EUR and in the center’s business district.

According to CBRE the importance of domestic investors has changed. In this quarter, in fact, there is a turnaround: domestic capital accounted for 51% of the total investments, compared to 21% for the second quarter of the year under way (+30%). Foreign capital represented 49% of the total investments, with an equivalent value of €856 million, down by 32% compared to the same quarter of 2015.