How can governments and development partners support SMEs? 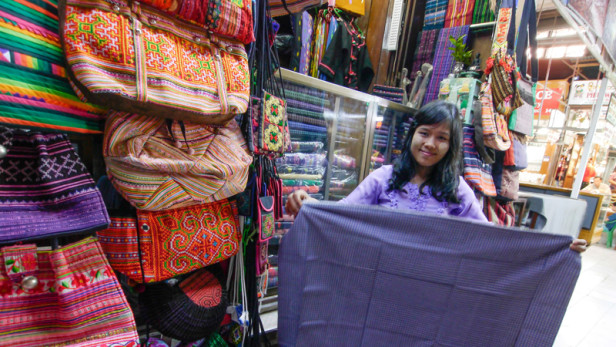 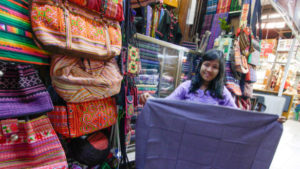 While supporting small and medium enterprises may easily be seen as a solely economic matter, it’s actually also a development issue.

At the launch of the Asian Development Bank’s Asia SME Finance Monitor 2014 early this month, Stephen Groff, vice president of operations at ADB, emphasized this point when he talked about the need to address the problems that plague SMEs in the Asia-Pacific region.

“Prioritizing SME development is critical for promoting inclusive economic growth in the long run,” Groff said. Adequate access to finance, enhancement of productivity and boosting the internationalization of SMEs are all crucial for these businesses “to survive and grow,” he added.

In arriving at these figures, the report used national definitions of SMEs, which vary across sectors, especially in East Asia. A midsize business in China’s telecommunications sector, for example, should have more than 100 but fewer than 2,000 employees. But a medium enterprise in the software and information technology industry in the same country is significantly smaller: According to China’s SME classification criteria, it should have 299 employees at most.

While SME figures in the 20 countries studied may seem impressive when taken together, there’s still a lot that could be done to both bolster SME development and improve the assessment of SMEs in the region.

For instance, active enterprises only represented half of all registered businesses in Kazakhstan and Mongolia. Meanwhile, in countries like Cambodia, Laos and Malaysia, which rely on a national census that is conducted over longer periods of time, data for SMEs isn’t updated annually, leading to significant surges or drops from past census results. In April, Myanmar launched SME definitions under its SME Development Law, but like Bangladesh, it only provides data on its manufacturing sector.

“On the whole, the SME sector is growing, especially in lower-middle-income countries, although it is implied that active SMEs may still represent only a small proportion of total enterprises registered,” according to the report.

To prop up SMEs, some governments in the Asia-Pacific, such as the Philippines and Indonesia, have resorted to requiring banks to lend a certain portion of their portfolios to small and medium businesses.

While one can assume that both are well-intentioned moves backed by a desire to spur SME growth in these countries, the practice, some at the event believe, distorts the market.

“Governments, including central banks, should be wary of setting thresholds for SME lending,” Paul Vandenberg, senior economist at the Asian Development Bank Institute, told Devex. “It means that banks are being forced to lend to a certain clientele and that might not be a good thing.”

Compliance for lending to medium enterprises, meanwhile, has consistently gone above the 2 percent requirement. Loans given to midsize businesses, for instance, are already at 5.7 percent as of this month.

Loans for SMEs and micro enterprises as a percentage of total loans in Indonesia, on the other hand, have been falling short of the 20 percent requirement since 2012.

For banks that don’t meet these targets, payment of the proper penalties is expected. In some cases, banks even prefer to pay these dues than bear the risk of nonperforming loans by lending to SMEs.

“Because SMEs have difficulty accessing credit, efforts to assist them often does involve some public intervention in markets,” Vandenberg said.  “We might justify this in terms of market failures that the government can help overcome.”

What role for development partners?

In 2011, the ADB adopted a financial sector operational plan that, according to Groff, places importance on “improving access by developing appropriate financial infrastructure, regulatory schemes and diversified financing modalities.”

Indeed, development partners, including ADB, have an important role to play in helping SMEs. But this assistance shouldn’t be limited to helping SMEs gain more access to finance. Beyond easing the means of SMEs to obtain capital, donors would also do well to improve the linkages between SMEs and the broader international market.

“Supporting trade credit and supply chain finance is important and it is important that these types of finance be accessible to SMEs,” he said.

Meanwhile, low-cost, efficient systems that will enable SMEs to handle procedures to move goods across borders are vital for smooth operations. Good transportation infrastructure is also essential — a fact that ADB, which spends a huge chunk of its money on transport, seems to have long recognized.