6 Months In: How Banks And Bankers Are Responding To Covid-19 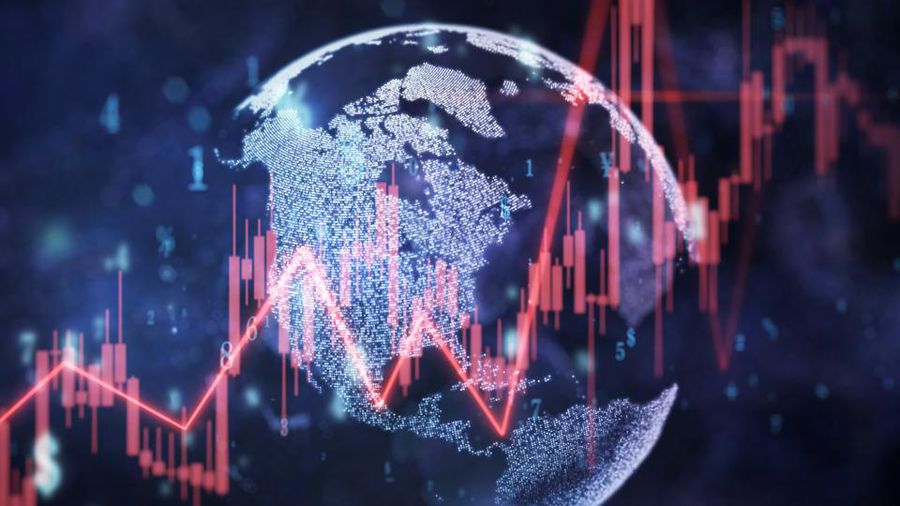 Her statement sums up American Banker’s September 10 executive perspective on how financial services will emerge from Covid-19 even stronger than before. The common theme: The goal post-pandemic is not to revert to prior business practices in banking.

In a conversation facilitated by Robert Reiss, CEO and Host, The CEO Forum Group, the banking customer was front and center. The quality of the customer experience will continue to take priority over the transaction, according to Dino Trevisani, General Manager, Financial Services Market, IBM North America, and the next phase will be to anticipate—not just respond to—customer needs and desires.

Chetan Kandhari, SVP, Chief Innovation Officer and Digital Officer, Nationwide Mutual Insurance Company, emphasized the importance of focusing on the individual customer journey in all its myriad forms and that “the cost of prediction is coming down.”

The panel members also pointed out the need to leverage data and technology, utilizing the near-seamless connectivity that today’s digital solutions can provide. Navy Federal Credit Union CEO Mary McDuffie embraces a business model focused on “radical simplicity” and establishing an emotional connection with members. And these efforts are not only digital: “We’re believers in branches, and investing in them,” she said.

But before looking too far down the road—and in order to understand better where banking is headed—perhaps it will be helpful first to review how we got where we are today: exactly six months into the Covid-19 pandemic.

March: In the Beginning

On March 11, 2020, the World Health Organization declared a global pandemic specific to the novel coronavirus, soon to become widely known as Covid-19. The coronavirus had quietly made its way to the U.S., not directly from China as originally suggested, but rather via visitors from Europe who introduced New York to its role as viral hot spot.

New language entered the lexicon—from “essential workers” to “PPE”—as handwashing became an activity to be studied in detail (remember spending at least 20 seconds, or the time it takes to sing Happy Birthday twice?) and hand sanitizer and toilet paper started flying off the shelves.

As early as March 26, the Federal Deposit Insurance Corporation (FDIC) was encouraging banks to work with “all borrowers struggling in this economic environment” and had taken several regulatory actions “to provide banks with more flexibility to deploy capital to the broader economy.” Brick-and-mortar banks pivoted to online and mobile banking services as in-person branch visits became potentially dangerous.

Two of the industry’s initial concerns were reducing or eliminating ATM fees to help ensure access to cash for people who might be sheltering with family away from home, and waiving early withdrawal penalties on certificates of deposit to allow ready access to savings.

The FDIC was quick to support the temporary closing of branches or the use of drive-through services only—and encouraged financial institutions to communicate with their customers across all available channels, an effort that is ongoing.

With weekly, and sometimes daily, updates of the FAQs at its website, the FDIC continued to encourage banks and credit unions to actively inform customers about all Covid-19-related changes, from temporary branch closures to fee waivers.

In late March, Forbes Advisor published a list of eight major banks’ responses to the Covid-19 crisis: At that time, only a handful even had dedicated coronavirus pages on their websites. The initial responses were, not surprisingly, lacking in detail, yet were quick to address the waiving of certain fees—on products and services ranging from CDs and bank accounts, to mortgages and credit cards—in response to the growing health and economic crises.

As restaurant closures and unemployment filings continued to rise, banks and credit unions upped the ante: moving as many services as possible online and proactively reaching out to consumers with alternatives to phoning already overburdened customer service call centers. PPP loan applications for small business owners entered the mix in early April.

May: Glimpses of the Future?

By the end of May, with all 50 states in various stages of reopening, it felt like time to talk about an imagined new normal. Because financial institutions like banks and credit unions had been labeled essential services earlier in the coronavirus crisis, the business of banking proceeded apace—while taking new forms—throughout the late spring.

Millions of U.S. banking customers learned just how much of their financial lives could be handled either online or via mobile phone. As banks started making preliminary plans to reopen branches that had been temporarily closed, the focus remained on customer and employee safety.

The American Bankers Association in late April had created a coronavirus reopening matrix to help guide its member banks in their decision-making. The customizable matrix addressed such details as limits on the number of customers in a branch, guidelines for mask-wearing and the addition of plexiglass barriers. It also included links to relevant federal recommendations, with room for state and local procedures to be added.

The Covid-19 pandemic has managed to advance several digital banking initiatives that were already underway, while providing the opportunity for further innovations. Long a straggler behind European and other countries, the U.S. got on the bandwagon with contactless payments in 2020.

After earlier concerns regarding whether the virus could be transmitted by paper currency or contact with ATM surfaces, bank and credit union customers at last began to embrace no-touch forms of payment. In 2018, only 3% of cards in use in the U.S. were contactless, compared to around 64% in the U.K. and up to 96% in South Korea, according to a study by global management consulting firm A.T. Kearney. Between March 2019 and April 2020, overall contactless card usage in the U.S. grew by 150%.

With the increases in both digital transactions and the proportion of employees working from home, cybersecurity became a major concern. With any increase in online activity comes the potential for fraud and hackers, and the coronavirus pandemic is no exception: Both the FBI and Interpol have reported a major uptick in cybercriminal activity, with the FBI receiving as many as 4,000 complaints a day about cyberattacks during Covid-19.

Along with the arrival of the CARES Act’s federal Economic Impact Payments or, as they’re more frequently called, the “stimulus checks,” came a renewed awareness of America’s digital divide. While certain segments of the population simply logged on to update their IRS info, others struggled to even learn about the stimulus support, much less to interact with it electronically.

Many low-income individuals and families do not have access to reliable Wi-Fi, and many of those who depend on public library computer access for internet services found themselves shut out due to ongoing library branch temporary closures. Specific to banking, the digital divide affects every part of a person’s financial life, from depositing paychecks and checking credit scores, to applying for loans or unemployment compensation.

The digital divide was not created by Covid-19. It was, however, brought into high relief. As we reported in July, “Those without connectivity not only have fewer ways to communicate with financial institutions—they have fewer resources, period. This includes digital tools that might help them build wealth such as financial literacy materials, account management apps or virtual advisors.”

Even as communities across the U.S. continue a phased introduction of nearer-normal activities and commerce, it’s clear that we’re nowhere near out of the woods. College campuses and large group gatherings risked setting off additional hot spots, while schools, theaters and churches struggled with how (and when) to reopen safely. Urban centers like New York City realized they will continue to face the challenge of meeting head-on two of the things the coronavirus appears to love most: proximity and duration.

After being the early focus of Covid-19’s U.S. arrival, New York, New Jersey and Connecticut commemorated their mutual success in dramatically “flattening the curve” by issuing quarantine orders against visitors from across the country. (As of September 9, the list of states and territories from which travelers are subject to the 14-day quarantine equals 35. The restrictions are based on a seven-day rolling average of positive Covid-19 tests in excess of 10%, or number of positive cases exceeding 10 per 100,000 residents.)

As it becomes increasingly clear that this pandemic was not just a summer thing, financial institutions are moving forward with the information they have: Local bank and credit union branches are reopening, but, as was the case when the crisis began in March, many are offering drive-through only services and requiring appointments for in-branch visits. Happily, banking customers are now much more digitally savvy than they were just six months ago.

September and Beyond: What New Normal?

Six months in—after what feels like approximately a lifetime—the U.S. continues to struggle with how to safely reopen public schools and with entire sectors of the economy that may be changed forever: Restaurants, hospitality and musical performances come readily to mind.

As Navy Fed’s McDuffie summarized on Thursday, banking is all about the relationship. And people “are very emotional about their money; you have to put that into the equation.” As she phrased it, being great at digital is now table stakes. Banks and credit unions need to focus on the critical roles their frontline people play, to balance the digital experience.

“It’s a human business at the end of the day, no matter how digital we make it,” McDuffie says. As for what omnichannel technology will mean for the individual branch model in years to come, she still sees a role for face-to-face consultative and educational interactions.

IBM’s Trevisani, in speaking about consumers’ increasing comfort levels with video and artificial intelligence, says Covid-19 is accelerating the pace of change within the financial services industry, suggesting that banks and credit unions will be making 10 years’ progress in something more like five to seven years.

Wherever this brave new world may take us, banks and credit unions across the U.S. are learning as they go—and applying what they learn—to sustain the trust their customers continue to place in them. As stated by the FDIC back in March, “This crisis did not originate in banks. It is an economic shock brought on by a pandemic unprecedented in modern times.”