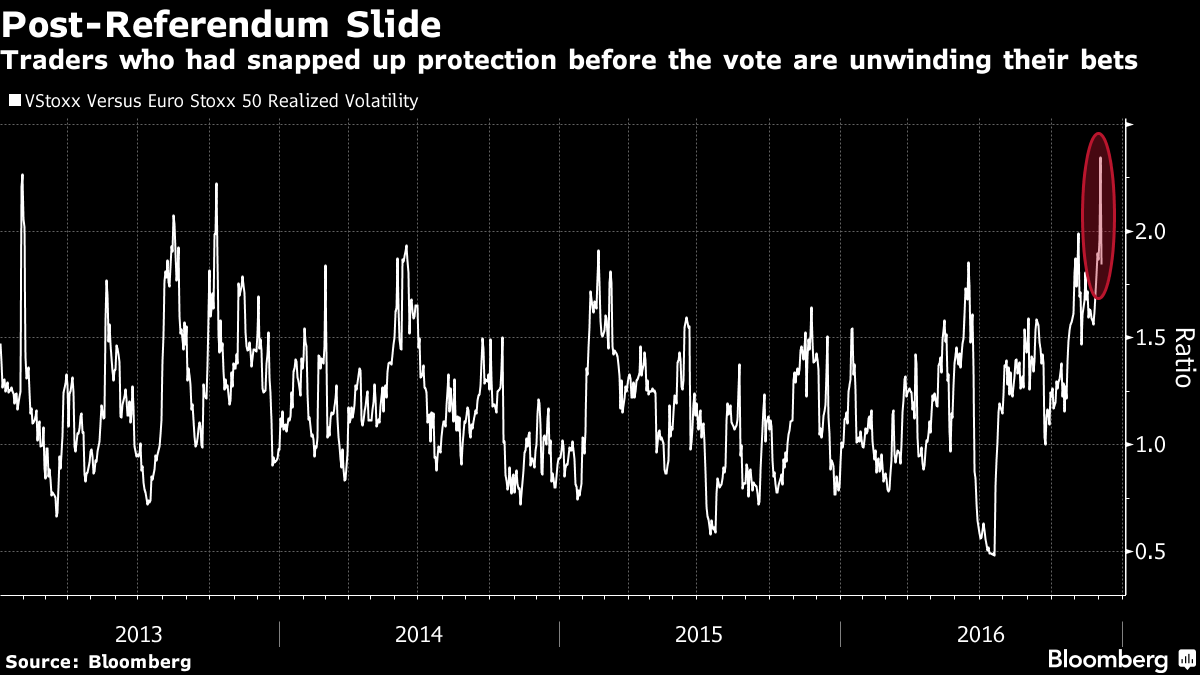 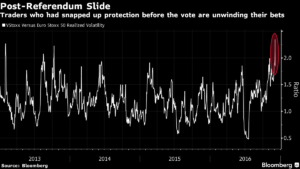 Traders who had pushed up the cost of hedging against swings in European stocks to a four-year high are unwinding their bets as Italy’s referendum result dispels some of the uncertainties gripping the region.

Euro-area equities climbed on Monday, while a gauge measuring volatility expectations for the asset class tumbled the most in a month, in keeping with a trend that has seen markets pricing in outcomes of political events faster each time. While U.K. stocks took three days to begin a rebound following the shock Brexit vote, global equity markets retraced almost all their losses intraday after Donald Trump’s unexpected U.S. election.