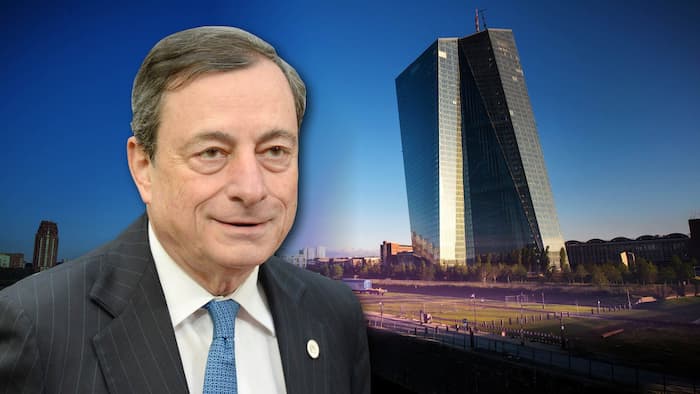 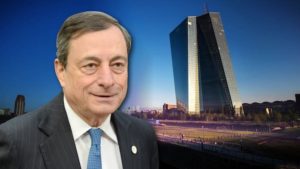 The European Central Bank has kept interest rates on hold and reiterated it will continue its €80bn a month asset purchasing programme until “at least” next March, as it seeks to balance lacklustre economic growth against the drawbacks of further monetary policy loosening.

The ECB’s governing council, meeting on Thursday in Frankfurt, left its benchmark main refinancing rate at zero. The deposit rate remains at minus 0.4 per cent.

Mario Draghi, ECB president, met the media on Thursday at 13.30 BST, amid widespread interest as to whether the council has discussed plans to prolong its quantitative easing programme.

Maintaining its previous language on the issue, the bank said in its statement it was prepared to extend its bond buying beyond March “if necessary and in any case until it sees a sustained adjustment in the path of inflation consistent with its inflation aim”.

Even continuing with the programme of monthly asset purchases until March may require relaxing internal rules, but officials and public opinion in Germany and elsewhere are deeply wary of such steps.

The ECB president may also indicate if he and the other 24 members of the council are willing to relax the rules on which bonds they can purchase or extend the shopping list of assets eligible for QE.

The forecasts out on Thursday are not expected to provide much comfort, with slight downgrades expected following the UK’s decision to leave the EU. 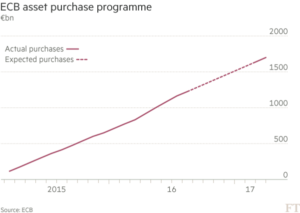 The central bank has said it will carry on buying bonds under QE until “at least” March 2017, and for longer if inflation remains below target.

While the vast majority of economists expects the ECB to eventually extend QE until later in 2017, policymakers may hold off on making an announcement on Thursday. Ascarcity of bonds that fall within the ECB’s rules means any extension of the programme would probably need to be coupled with a change in QE’s design. 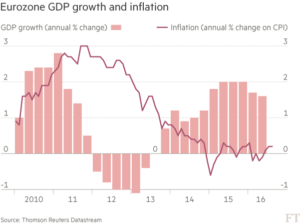 The biggest changes would involve buying more expensive bonds — raising the threat of losses by the central bank — or switching to a system where the bonds of more highly indebted countries could be bought in more substantial quantities.

Neither move would be without controversy and either could revive spats between the council’s hawks, led by Bundesbank president Jens Weidmann, and the ECB’s top officials, such as Mr Draghi.