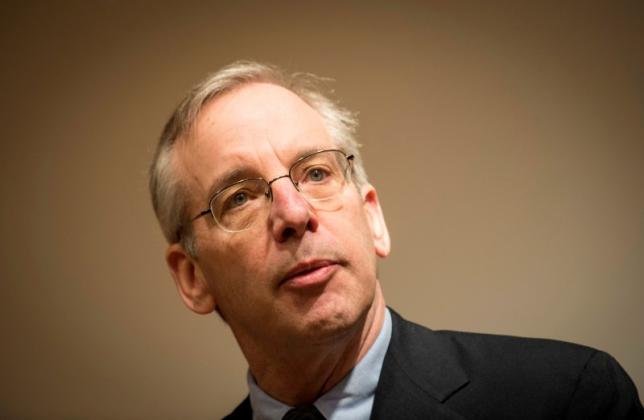 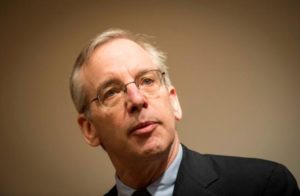 The Federal Reserve should be cautious on interest rate increases due to lingering risks to the U.S. economy, one of its most influential policymakers said on Monday, appearing to signal the chance of a hike by the end of the year was fading.

While New York Fed President William Dudley said it was “premature” to rule out a policy tightening in 2016, he added that negative shocks were more likely than positive ones due to the unknown fallout from Britain’s vote to leave the European Union and a strong dollar.

“All three of these reasons – evidence that U.S. monetary policy is currently only moderately accommodative, the fact that U.S. financial conditions have been influenced by economic and financial market developments abroad, and risk management considerations – argue, at the moment, for caution in raising U.S. short-term interest rates,” said Dudley, a close ally of Fed Chair Janet Yellen and a permanent voter on U.S. policy.

The comments, including a reference to uncertainty around the Nov. 8 U.S. election, suggested the central bank is leaning toward standing pat on rates until perhaps December – which would mark one year since it raised rates for the first time in nearly a decade.

Dudley applauded recent investor expectations for a less aggressive U.S. tightening cycle going forward, and warned that it was becoming increasingly clear that some post-crisis “headwinds” were likely to be permanent.

In an otherwise dovish speech to a joint New York Fed-Bank Indonesia conference in Bali, he said it was possible that the U.S. economy would outperform expectations through year end, that financial conditions ease, or that other international risks fade.

“For these reasons, I think it is premature to rule out further monetary policy tightening this year,” he said in prepared remarks for the speech at a resort hotel.

If the economy and labor markets improve quickly, Dudley said, the Fed would react by raising rates sooner.

Dudley was coy on just how many rate increases he envisioned, saying only that he expected the central bank to move at least more aggressively than current futures-market predictions for only one rate increase by the end of 2017.

While the world’s most influential central bank struck some confident tones in a policy statement last week, more recent data showing the U.S. economy has expanded at an annual rate of roughly 1 percent so far this year emboldened those who think the Fed won’t tighten monetary policy any time soon.

A Reuters poll of economists recently pointed to the December policy meeting as the most for a rate increase.

But after weak U.S. growth data on Friday, Fed funds rate futures are pricing in only around 30 percent chance of a rate hike by December, compared to about 50 percent early last week.

Dudley called the recent U.S. GDP reading of 1.2 percent annualized growth for the second quarter as “sluggish” but stuck to his expectation that the economy would rebound to about 2 percent growth over the next 18 months, an outlook he described as “positive” and “satisfactory”.

He also said he was confident inflation would rise to the Fed’s 2 percent goal in the medium term.

Dudley added that aggressive monetary easing in Japan and Europe this year boosted the dollar and, together, helped convince the Fed it could not raise rates as aggressively as it imagined back in December.

He said productivity in the United States and around the world was “quite disappointing” but it was up to governments and legislatures to construct the necessary reforms to make their economies more efficient.