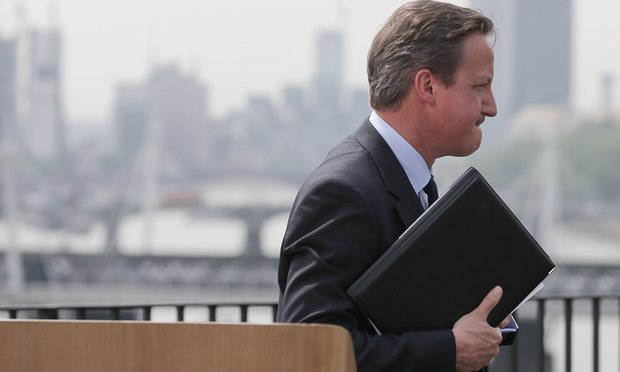 The prime minister has accused the leave campaign of telling six ‘total untruths’, but does his response stand up to scrutiny? 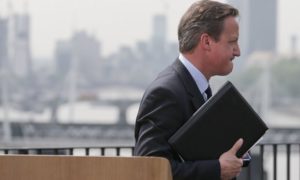 David Cameron has accused the leave campaign of telling six “total untruths” in the space of a few days. So who is right – the prime minister or those campaigning for Brexit?

Cameron: “They said we are liable to bail out eurozone countries. Not true. My renegotiation means we are categorically not liable for eurozone bailouts.”

He’s right on this one. The UK’s “special status” deal secured by the prime minister in February includes a guarantee that countries outside the eurozone will not be required to fund bailouts within the currency zone.

Even before February, the UK was off the hook for eurozone bailouts. After the Greek debt crisis, EU finance ministers rewrote an EU regulation to guarantee that non-euro countries would be repaid for any losses incurred if a bailed-out country defaulted on its loans.

Cameron: “They said that our rebate, the money that we get back from the EU, is at risk. Again, not true.”

Analysis How do I … vote in the EU referendum?

Here’s what you need to know about casting your ballot to remain in or leave the European Union, including how to register
Read more

The UK’s headline contribution to the EU budget is reduced because of the rebate, negotiated by Margaret Thatcher in 1984. Leave campaigners, such as Michael Gove, have argued the UK rebate is at risk because it is not written into EU treaties.

While it is true that it is not written in, however, leave campaigners ignore the fact that EU budgets are agreed by unanimity. Other EU countries have tried and failed to scrap the rebate in the face of opposition from the British government. The EU budget for 2014-20 is already decided, so the rebate will not be on the table for several years.

Cameron: “They said we’ve given up our ability to veto EU treaties. Again, not true.”

EU treaties only enter into force when they are agreed and ratified by all member states. There is nothing in the UK reform deal that changes that.

Cameron: “They said we had no ability to stop overall EU spending from going up. Again, not true.”

European leaders agreed to cut EU spending for the first time when they agreed the EU’s long-term budget in 2013. Cameron is correct to say he negotiated this cut, though he overlooks the role of key allies, especially the German chancellor, Angela Merkel. Whether Britain could have managed this on its own is not clear.

Cameron: “They said we were powerless to stop Britain being forced in to an EU army. Again, not true.”

The prime minister is on safer territory here: there is no realistic or imminent prospect of an EU army. Some officials in Brussels might like to see one, but there is no appetite for this among member states.

Cameron is also correct when he says the UK has a veto on defence and security policy. However, he ignores that EU member states can choose to work together on defence.

The Lisbon treaty introduced the idea of “permanent structured cooperation”, allowing countries to pool research, defence spending and take part in multinational forces. The UK cannot stop other countries working together, but neither would it be compelled to take part.

This is another open goal for the prime minister. Michael Gove claimed a post-Brexit UK would have £8bn to spend on the NHS, as a result of no longer having to contribute to the EU budget.

Now, even putting to one side the doubts over whether a Boris Johnson-Gove government would spend that money on the NHS – John Major for one wasn’t convinced – this is an improbable scenario.

The money is unlikely to be there for spending. The Institute for Fiscal Studies has concluded that “even a small negative effect” on the British economy from leaving the EU “would damage the public finances by more than that £8bn”. In a statement on its website, the IFS writes: “Leaving the EU would not, as Michael Gove claims we said, leave more money to spend on the NHS. Rather it would leave us spending less on public services, or taxing more, or borrowing more.”

Cameron may be guilty of exaggerating his own role, but his six statements are all true. He could even have gone further by taking on some of leave’s other misleading claims: the £2.4bn increase in UK contributions (not true); the £350m a week being sent to the EU (misleading, says the UK’s statistics watchdog); Turkey’s imminent EU membership (totally implausible) or Boris Johnson’s reckless comparison of the EU’s goals with those of Adolf Hitler.

Perhaps the biggest problem is that Cameron has come late to challenging euro myths. In his Bloomberg speech, the prime minister complained about the EU’s “cumbersome rigidity” and “insistence on a one-size-fits-all approach”, glossing over the fact the UK has won numerous opt-outs, while the EU has been taking a more British approach to regulation for several years.

The difficulty for the remain side is that no British prime minister has taken on eurosceptic claims for a long time. And now time is running out.