Apple Looks to India for Growth 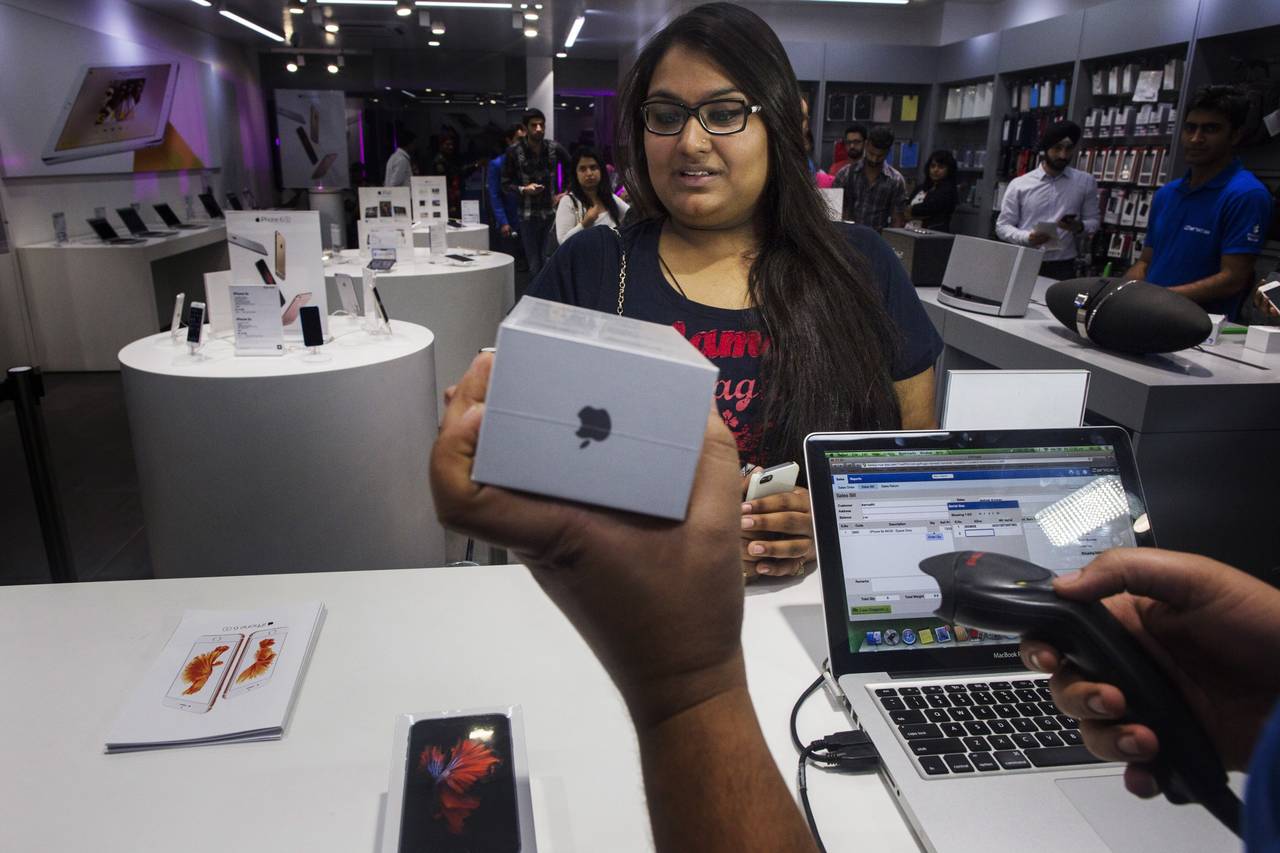 Smartphone maker hopes the country will become its next China

NEW DELHI—To reignite its growth, Apple Inc. is looking to India to be its next China. But the formula that worked so well in China won’t be easy to duplicate.

Chief Executive Tim Cook is visiting India this week to push Apple proposals to open its own stores and sell secondhand phones. On Wednesday, Apple unveiled plans to open in early 2017 a center in Bangalore—a city in southern India that is home to many startups and technology workers—to encourage the development of apps for its iOS software, which powers its mobile devices including the iPhone and iPad.

But Mr. Cook’s ambitions are much grander: to become a bigger force in what is about to become the world’s second-largest smartphone market.

“I sort of view India as where China was seven to 10 years ago,” Mr. Cook told analysts last month.

The reality is much tougher. Indian consumers have significantly less disposable income than Chinese. Per capita economic output in India today is 31% less than in China a decade ago.

“Compared [with] China, India will be slower in iPhone adoption as disposable income of the Indian middle class is still less as compared with China,” said Tarun Pathak, a Delhi-based analyst at technology research firm Counterpoint.

To succeed, Apple will have to win over consumers like Sanjay Kumar, a university student here.

Shopping with friends on a recent afternoon at New Delhi’s Nehru Place, a dusty market jammed with smartphone shops and computer-repair kiosks, Mr. Kumar said he isn’t interested in Apple phones, including the new iPhone SE. That smaller-screen model is Apple’s least expensive new iPhone ever; in India, it typically costs more than $500

“IPhones cost too much,” said Mr. Kumar, who said he plans to stick with his Xiaomi Corp. Note smartphone that cost him 8,000 rupees ($119).

While in India, Mr. Cook is scheduled to meet with Prime Minister Narendra Modi, said two Indian government officials familiar with the matter. 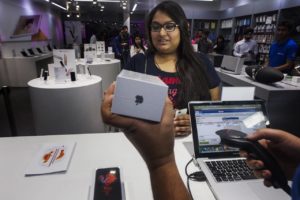 One of the officials said Mr. Cook likely would try to move along an existing proposal to refurbish and sell secondhand iPhones in the country. That could help Apple gain a toehold in a market where 70% of smartphones sold last year cost less than $150. The proposal may be approved with conditions, the official said.

In January, Apple said it had sought government approval to open its own retail stores and sell products online, to supplement Indian-owned distribution firms and retailers. An approval is expected “soon,” said one of the government officials.

Tapping into growth in India is especially important as China’s economy slows. After years of rapid growth in China that made the country Apple’s second-biggest market behind the U.S., sales in China fell 26% in the first quarter.

Without much investment in India so far, Apple’s revenue grew 56% in the first quarter, compared with the prior year. But Apple’s share of smartphone sales in India is falling as cheaper phones from rivals flood the market.

While Apple introduces new models only once or twice a year, homegrown rivals such as India’s Micromax Informatics Ltd. have gained ground by pumping out new, inexpensive smartphone models every few weeks at various prices, often under $150.

Another obstacle for Apple in India is distribution. In China, Apple struck a deal with China Mobile in 2013, making the iPhone available in thousands of China Mobile outlets. In India, though, consumers typically buy handsets separately and use prepaid carrier services.

Apple is struggling to get its iPhones into smaller cities, where many shoppers purchase smartphones from mom-and-pop shops.

To help reach such users here, Apple increasingly has turned to distributors with relationships in various regions of the country, analysts say.

“Apple has a long way to go to crack distribution in India,” said Mr. Mawston. He reckons Apple only has penetrated about 1% of the roughly one million shops, market stalls and websites in the country.

Workers at several mom-and-pop shops in the Indian capital said they don’t display the new SE model because they have few of the devices on hand and not many customers ask for them.

Many buyers instead prefer India’s best-selling iPhone model, the older 5S, which costs about $300, workers said. But that model likely will be phased out in the next four or five months, said Mr. Pathak of Counterpoint.

“Most important is the price,” said Jas Nain, a worker at a shop selling smartphones and other goods Monday in Delhi’s Palika Bazaar.

Most customers, he said, want to spend $60 on a smartphone. “Very few people are curious for the iPhone,” he added.