Rise of the Machines Fueled by Higher Asia Manufacturing Wages 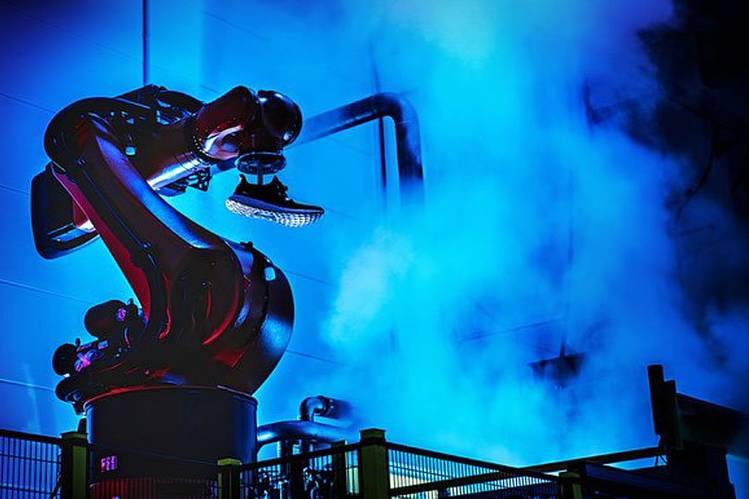 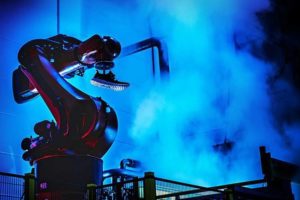 Adidas AG ’s new German factory is one of the most visible examples of global brands bringing manufacturing home due to rising labor costs in Asia.

Adidas’s 50,000 square-foot factory, in the Bavarian town of Ansbach, will rely on robots and customized automation to produce 500,000 pairs of athletic shoes a year—well below 1% of Adidas’ total annual production of 300 million pairs—when full production starts in 2017. Adidas says manufacturing in Germany will help improve the quality of its shoes, cut the time it takes to bring products to market and slash warehouse costs.

“People want flexibility and speed,” said Gerd Manz, Adidas’s vice president of technology innovation, noting that similar facilities are planned around the world, including in the U.S. next year. The way brands currently manufacture “stands in the way of that.”

The move to manufacture closer to customers is becoming more popular with companies facing rising labor and transportation costs—coupled with worker shortages—in much of the developing world. In addition, consumers want new styles of shoes and unique electronics and they want them quickly—forcing global brands to rethink how they make their goods.

Nike Inc. said it has begun working with contract manufacturer Flex on technology that will allow it to make shoes closer to its major markets. Apple Inc. has expanded production of its Mac computers in the U.S. And the world’s third-largest contract manufacturer, St. Petersburg, Fla.-based Jabil Circuit Inc., says it is turning to automation to prepare for a future where factories are smaller and closer to customers. 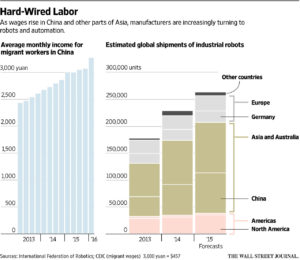 “What factories are doing right now is mass production,” said KC Ong, senior vice president of operations at Jabil, a circuit board and electrical parts maker for companies including Apple and Electrolux SA. “In the future, it will be customization at satellite factories. We are standardizing in our factories so if we have to set up in a lot of different locations, then we can do it.”

The centerpiece of Jabil’s vision for the future: A boxy white platform, up to a meter wide, with robotic arms that can be transported from one factory to another. The platform can be reprogrammed easily to perform different tasks related to the assembly of printed circuit boards.

Analysts with expertise in manufacturing say automation is key to moving operations closer to home because machines can replace increasingly expensive human labor on some of the most manual and repetitive tasks. Manufacturers also view automation as a way to maintain strict quality standards and improve workplace safety by having robots do the most dangerous jobs.

Adidas said inventory, logistics and supply-chain costs will decrease in the new factory. Retail and sportswear companies typically have to order large quantities of product from manufacturers based on sales projections. If these projections aren’t met, the products sit in warehouses and in some cases are eventually marked down at the cash register.

Between 2014 and 2018, industrial robot sales will nearly double to 400,000 units, according to the International Federation of Robotics, driven by labor shortages and rising costs in the developing world.

For now, many Western brands are moving only a small percentage of their production away from developing countries. For instance, while U.S. production of shoes and clothes has risen for six consecutive years, 97% of the clothes and 98% of footwear sold in the U.S. was imported in 2015, according to the American Apparel & Footwear Association.

Also, the products that Western companies are manufacturing close to home are often premium goods rather than cheap items made at a fraction of the price in developing nations. Proponents of automation say technological advances are making it possible to produce lower-cost goods closer to customers.

“The factory is going to be more customized, and costs won’t go up,” said Robert Atkinson, president of the Washington, D.C.-based Information Technology and Innovation Foundation.

Still, for many global brands, this factory is years away because tasks that require dexterity—such as sewing together delicate pieces of apparel—are better done by humans for now, manufacturers say.

Adidas says its German factory, which is run by German manufacturer Oechsler AG, will help it fulfill growing demand for its shoes, but won’t reduce its footprint in Asia.

The facility could also cut manufacturing time for a new shoe design to a few hours from several weeks. One machine can do the work formerly done by three machines in making Adidas’s shoe soles, and produce more complicated designs, according to Mr. Manz. That will free up the 160 workers that Adidas’ smart factory will employ to concentrate on more complex tasks, such as sewing the sole onto the shoe.

“It is not a goal to fully automate everything,” said Adidas’ Chief Executive Herbert Hainer.