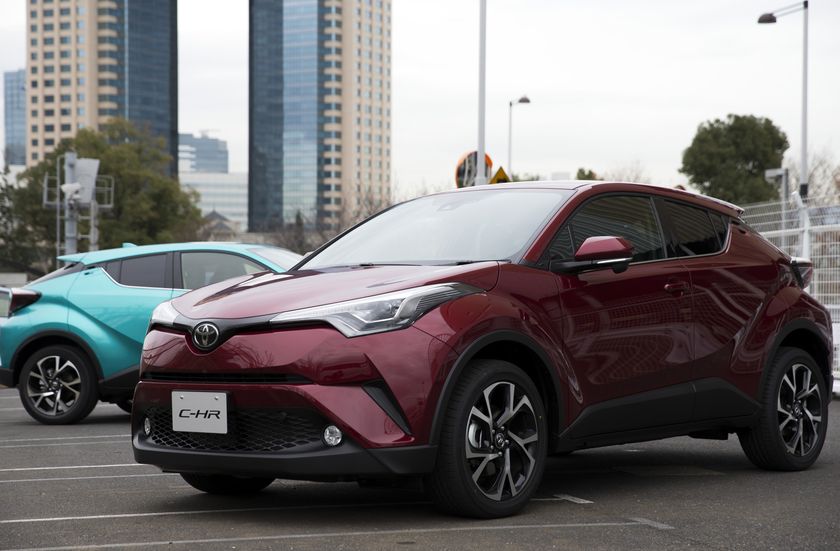 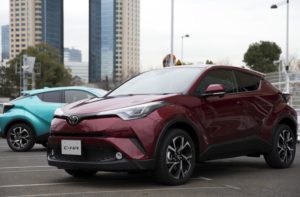 Toyota Motor Corp., years late to the compact SUV party its peers have been enjoying worldwide, is showing up with jewelry-inspired looks.

The new C-HR model’s designers applied a “sexy diamond” theme inside and out, from the sharply sloped rear window to the rhombus-patterned door trim, chief engineer Hiroyuki Koba told reporters Wednesday in Tokyo. Never mind that the Lady Gaga-channeling looks of the polarizing new Prius have had a hard time winning over buyers in the U.S., Koba said. Small sport utility vehicle shoppers are different and seek out distinctive styling.

“This car comes with a twist,” Koba said at a briefing on C-HR’s debut in Japan, where dealers have already received about 29,000 orders. “If you don’t like it, you will never like it. If you like it, you will love it to your death.”

President Akio Toyoda has emphasized for years the need for a shake-up in Toyota’s plain-vanilla styling and conservative, design-by-committee culture. While the Lexus brand’s spindle grilles have drawn mixed reviews, they haven’t held back the luxury division from setting global sales records. The most notable struggle the namesake brand has faced of late has been with Prius, which continued a U.S. sales slump touched off by cheap gasoline following its polarizing redesign.

Toyota plans to build about 170,000 units annually, producing 100,000 in Turkey and 70,000 in Japan. President-elect Donald Trump’s criticism of imported vehicles may affect C-HR and other models in Toyota’s lineup that aren’t built in the U.S., “something we have to think very carefully about,” Koba said, without elaborating.

While Toyota was a pioneer in compact SUVs with the RAV4 first introduced in the mid-’90s, its dimensions have expanded over the years and left an opening for smaller entries such as the Nissan Juke, Honda Vezel and Mazda CX-3.

Consumers have been dissatisfied with the ride quality of existing models in the compact SUV segment, Koba said. Toyota engineers used the Volkswagen Golf and Ford Focus as benchmarks for the C-HR’s driving dynamics.

The C-HR shares a hybrid powertrain and common architecture with Prius, though some underbody and suspension components are unique to accommodate bigger wheels and higher center of gravity. The sloped roof and sharp-angled rear window is a drag on aerodynamics and compromises cargo space for styling purposes, Koba said.

“We are looking at the customers who disliked Toyota cars before, people who thought nothing of Toyota cars,” he said. “We very much want them to turn their head around and take a look very closely at this car.”