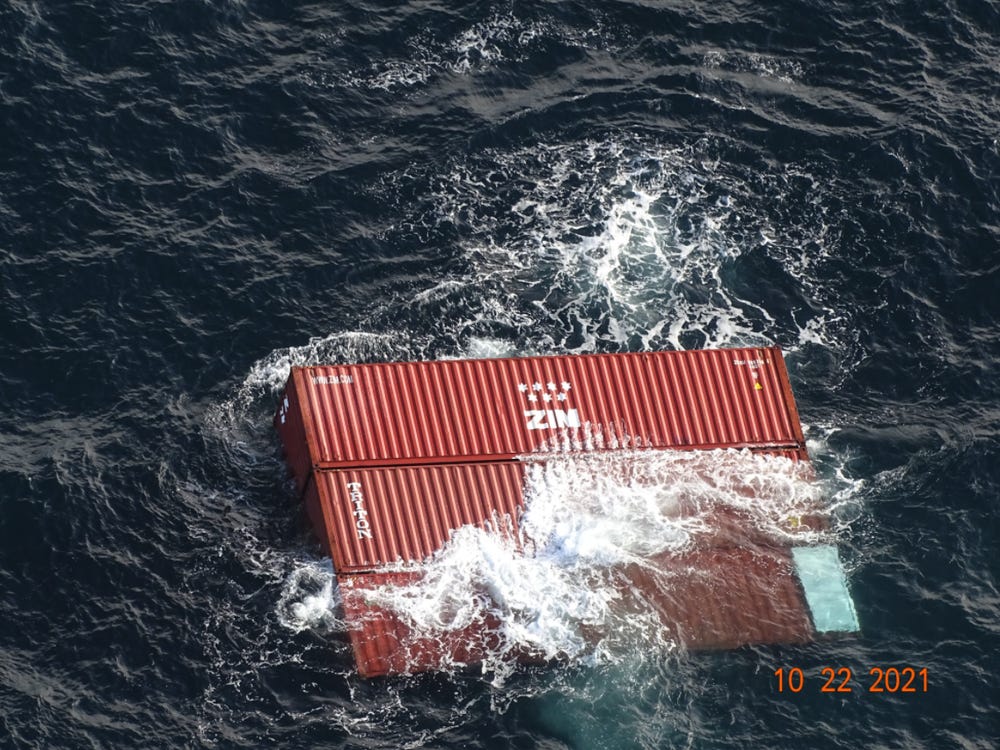 Incendio in centro a Torino, in fiamme le mansarde di un palazzo
Aereo precipita sopra una palazzina nel Milanese, morte le 8 persone a bordo
Kaohsiung: Fire at Taiwan tower block kills at least 46
A fire broke out Saturday on a cargo ship, known as the Zim Kingston, that had lost around 40 shipping containers off the coast of Canada’s Vancouver Island the day before, officials said.

The US Coast Guard said in a tweet Friday they were monitoring adrift shipping containers that went overboard after an inbound vessel en route to Canada encountered rough seas. Photos shared by the coast guard showed some of the shipping containers afloat in the open ocean.

The US Coast Guard said Friday 35 floating containers had been located. As of Saturday, five had still not been located, and officials were warning other vessels to be extremely cautious in the area as the containers “may be partially submerged and not visible,” the Vancouver Sun reported.

The Canadian Coast Guard told the outlet some of the containers that fell held hazardous materials, and that the agency would assess for any “pollution threats and hazards.”

A day after the containers fell from the Zim Kingston, a fire broke out on the ship while it was anchored near Victoria, according to the Canadian Coast Guard. The agency told CHEK News reporter Jasmine Bala the fire started in damaged containers that were still onboard.

The Canadian Coast Guard told Bala two of the six containers that are on fire contain “hazardous material.” They also said 10 crew members were evacuated while 11 remain on the ship, with no reports of injuries.

In a warning to other vessels, the Canadian Coast Guard established an emergency zone around the Zim Kingston, saying: “The ship is on fire and expelling toxic gas. Two fallen containers are floating in the vicinity of the vessel. Caution.”

Russia Troop Buildup Near Ukraine Raises Fears of Invasion
Russian President Vladimir Putin is amassing a force expected to total 175,000 troops near the border with Ukraine, giving him ...
France's Macron Secures Saudi Agreement to Re-Engage With Lebanon
The French president says Saudi Arabia’s crown prince has agreed to re-engage with Lebanon after Riyadh cut ties with its ...
Arab Gulf States Compete for Influence in Taliban-Ruled Afghanistan
The United Arab Emirates and Saudi Arabia are reopening diplomatic missions and restarting flights as they try to match Qatar’s ...
Putin's Pledge to Become Carbon Neutral Rings Hollow
Moscow’s ambition goal of slashing emissions by 2060 clashes with Russia’s attachment to coal. In one Russian coal town, acrid ...
Omicron Cases at Norway Christmas Party Provide Clues on New Variant's Spread
The event at an upscale Oslo restaurant included about 120 people, several of whom had just returned from South Africa.
Turkey's Economic Turmoil Sends Desperation and Inflation Soaring
President Erdogan has taken control of the economy and pushed lower interest rates as the currency plunges. Turks have been ...