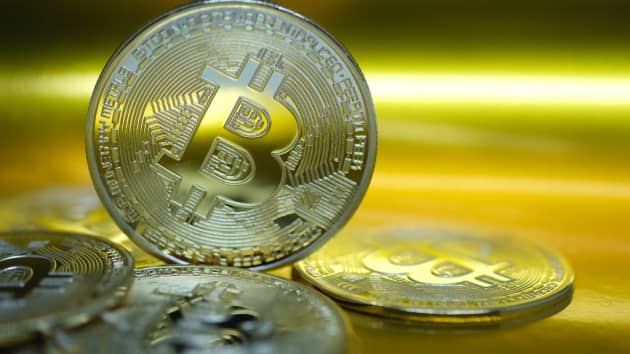 Bitcoin’s price rallied to a fresh all-time high on Friday, smashing past $41,000 for the first time as investors increasingly view the cryptocurrency as an inflation hedge.

The cryptocurrency’s blistering bull run has attracted attention from institutional investors, who view it as a potential safe haven asset akin to gold. Strategists at JPMorgan recently said that bitcoin could hit $146,000 in the long term, as it competes with gold as an “alternative” currency.

The idea of bitcoin as a hedge against inflation has continued to gain traction among investors, amid unprecedented stimulus from governments around the world to tackle the coronavirus crisis. Analysts have argued such action could lead to a spike in inflation.

Still, skeptics like American stock broker Peter Schiff and economist Nouriel Roubini view bitcoin as a speculative asset with no intrinsic value and a market bubble likely to burst at some point.

There are signs of a sharp rise in demand for cryptocurrencies from retail investors, who fear they may miss out on the action. Crypto exchanges such as Coinbase and Binance have seen spikes in activity, often resulting in technical issues on their platforms, while Google search interest in “bitcoin” rose significantly at the start of the month.

Biden Isn't Planning to Share Covid-19 Vaccines With Mexico
The Biden administration isn’t considering sharing its Covid-19 vaccine supply with Mexico, White House press secretary Jen Psaki said ahead ...
Father and Son Accused of Helping Ghosn Escape Are Taken to Japan
Michael Taylor and Peter Taylor haven’t denied helping the former Nissan Motor chairman escape, but they say they don’t think ...
Covid-19 Vaccine Program in U.K. Cut Deaths, Hospitalizations
One dose reduced the risk of hospitalization among people over 70 years old by 80{b8b8d2a9b1be62c488a31bb4e254500110a4b8cd40900a52decf9a31a883184f} compared with those of a ...
Former French President Sarkozy Convicted in Corruption Trial
Nicolas Sarkozy was found guilty of trying to bribe a magistrate, becoming the first president in the history of France’s ...
In Nigeria's Largest-Ever Kidnapping of Schoolgirls, Gunfire, Screams, Anguish
Days after 317 girls were taken by gunmen from a school, some of those who managed to escape described how ...
Myanmar's Aung San Suu Kyi Faces New Charges
The country’s most popular political leader, who was ousted in a military coup, is entangled in a web of legal ...