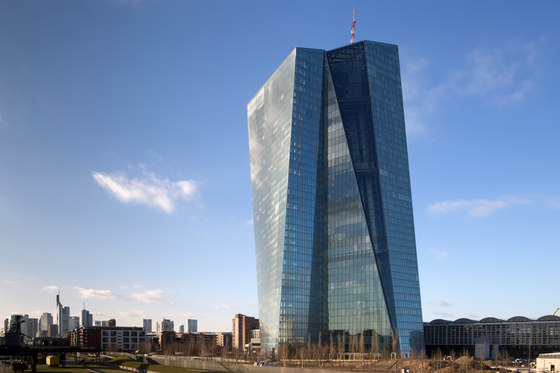 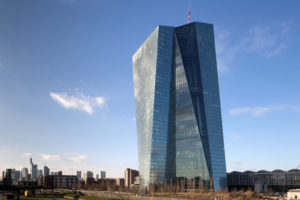 With assistance by Scott Lanman, and Sophie Caronello

In a week of multiple central bank meetings, Tunisia raised interest rates and Kazakhstan cut them.

But as our weekly review of world economy shows, officials from Frankfurt to Tokyo didn’t have to change monetary policy to move markets. The lesson is that investors are watching most central banks closely for any sign they’re twisting toward tighter monetary policy.

That’s a sign of increased confidence in the durability of the euro-area outlook, although Bloomberg reported the ECB’s staff is still assuming asset purchases totaling 30 billion euros in the fourth quarter. Bloomberg Economics sees more decision coming in June.

Also leaving policy on hold was the Bank of Japan. Governor Haruhiko Kuroda still sought to clarify recent remarks by saying that while it may think about exiting stimulus in the 2019 fiscal year, that doesn’t mean it will actually do so. Economists don’t see any shift this year.

The Bank of Canada indicated it’s in no rush to aggressively hike rates amid trade tensions and Poland’s central bank extended the likely timing of a rate increase beyond this year after new economic projections. Malaysia and Turkey also held fire.

Meantime, Federal Reserve Governor Lael Brainard, one of the most dovish U.S. officials, suggested the pace of tightening may need to accelerate. People’s Bank of China Governor Zhou Xiaochuan said the world’s second-largest economy “can be bolder in opening up”.

Central bankers the world over were virtually united in signaling irritation with President Donald Trump’s decision to slap tariffs on aluminum and steel as our wrap of their comments shows.

Trump’s decision prompted the resignation of Gary Cohn as his top economic adviser, a move that tilts the internal White House policy debate in favor of hawks who want to shrink the U.S. trade deficit with the world.

In a potential sign of things to come, Bloomberg reported the U.S. is also considering clamping down on Chinese investments in the U.S. and slapping levies on a broad range of its imports to punish Beijing for its alleged theft of intellectual property.

The tensions run deeper than trade and highlight a growing battle over who secures the spoils of the global economy.

For more on the topic of trade wars, check out our QuickTake Q&A and also Bloomberg Economics’ explanation of why a repeat of the 1930s is unlikely. One analysis reckons every 10 percent U.S. tariff on China would cut the rival nation’s output by 1 percent.

On the brighter side, U.S. jobs figures out Friday blew past economists’ expectations and signaled the nation’s labor market has room to run.

Nonfarm payrolls rose 313,000, the most since mid-2016 and well above the median projection for 205,000. The share of working-age Americans in the labor force rose by the most in almost eight years despite downward pressure from retiring baby boomers, indicating people were coming back to work from the sidelines. On top of that, wage gains cooled by more than expected from a pace that spurred financial turbulence last month.

The question for Fed policy makers now is whether a faster pace of interest-rate increases is warranted this year than the three they projected in December.

To Fed dove Neel Kashkari, the data support his view that the U.S. isn’t really at full employment yet. “We were at maximum employment. We are now at maximumer employment,” the Minneapolis Fed president tweeted Friday.

Bloomberg reporters in Japan took a closer look at activity on the ground for clues as to why wages remained suppressed even after massive stimulus and the tightest labor market since the 1970s.

Take Toyota, whose retained earnings have risen 53 percent in the past five years, but it’s been cautious about pay raises. On the high street, there’s evidence why retail outlets are reluctant to pass on prices rises to customers for fear of scaring off customers.

With wage negotiations looming, economists expect only a 1 percent pay rise this year. This would be the biggest since 1997, but hardly enough.

Even with the slowdown in wages, the Fed sees room for hope as does Australia’s central bank.

Populism and China on the March

Italy’s troubled election result was a potent reminder of how fragile global politics has become.

The outcome leaves a struggling economy seeking direction and major reforms but little clarity on who can do that.

It also means uncertainty continues to dog the euro area economy which this year is set to be eclipsed by China.

China’s gross domestic product is forecast to reach about $13.2 trillion in 2018, beating the $12.8 trillion combined total of the 19 countries that use the euro, according to data compiled by Bloomberg. China is even set to get a monthly jobs report.