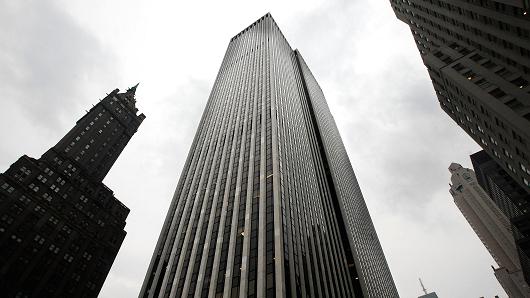 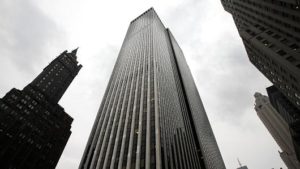 In the United States a quiet financial revolution is going on under the radar of the public eye. It’s the rise of Islamic financial institutions — ranging from small community banks in the Midwest to nationwide investment banks and brokerage firms.

The issue has gained attention during the heated U.S. presidential election season after both candidates were suspected of dealing with Islamic banks that fund terrorism. While investigations proved these claims false, it put the spotlight on this fast-growing financial network. Inquests revealed that a Washington, D.C., lobbying group with close ties to Hillary Clinton was paid by a Bengali bank tied to terrorism. In addition, it was found that the Donald Trump real estate organization rented New York office space to Bank Melli, an Iranian bank linked to terrorist groups and Iran’s nuclear program, once it inherited it as a tenant after buying the GM Building on Fifth Ave.

Islamic finance differs from conventional banking systems in that usury and speculation are prohibited. Transactions have to comply with Shariah, the legal code of Islam based on the Koran, and are based on principles of risk and profit-sharing. It prohibits taking interests on loans and funding any business involving products like alcohol, pork or gambling. Islamic banking is more risk adverse in its investment practices, typically avoiding business that could be associated with economic bubbles.

Since 2000, Islamic banks have become a force to be reckoned with. “Islamic banks’ capital grew from $200 billion in 2000 to close to $3 trillion in 2016,” said Ibrahim A. Warde, professor of international business at the Fletcher School of Law and Diplomacy at Tufts University. This figure is expected to go up to $4 trillion in the 2020s. There are now more than 300 banks and 250 mutual funds around the world complying with Islamic principles.

The institutions offer everything — from mortgages and traditional loans to investment banking products, including Islamic bonds and equity funds.

What has been fueling the sector’s phenomenal growth is rising economies of Muslim countries that have benefited from rising oil prices over the last 16 years, solid investment decisions that Islamic banks have made by avoiding risky investment in bubble economies and increased Islamic devotion (not to be confused with terrorism or radicalization) among many Muslims.

While the overall share of Islamic finance in the global financial system is only between 5 percent and 6 percent, it is a rapidly growing sector dominated by Iranian, Saudi and Malaysian financial institutions. According to a report by Ernst & Young, it will grow 19.7 percent annually through 2018.

There are now about 25 Islamic financial institutions in the United States.

These banks are overseen by federal regulators such as the Federal Reserve System and must meet the specific state Department of Financial Institutions’ requirements.

Take LARIBA Bank of Whittier, located in a suburb of Los Angeles, which is regulated by the Federal Reserve Bank of San Francisco, Los Angeles Branch and the California State Department of Financial Institutions. Yahia Abdul-Rahman, a former vice president, took an early retirement from Citigroup in 2003 and transformed a local community bank into an Islamic bank operating according to Sharia law. Since then, the bank — which provides residential and commercial real estate financing and business and trade finance — has watched its assets triple to $10.6 million. Today its customers include Muslims, Christians and Jews who have private accounts.

In addition to the principle of no profit on loans, the bank’s success is credited to “serving the community and local immigrant entrepreneurs,” according to CEO Abdul-Rahman. By offering low-cost financing, the bank often beats rivals, he explains, noting that the bank has a varied list of customers, including small businesses, local churches and synagogues, in addition to Islamic centers and schools.

But one of the earliest pioneers is Saturna Capital, an investment advisor and fund-management company founded in 1989. It now manages more than $3.5 billion in assets that are invested in mutual funds consistent with Islamic finance principles.

Islamic phobia in America has many market watchers concerned about the rise of Islamic banking stateside. Over the years, several major Islamic banks have been accused of terrorism funding. Most of it is funneled through charities and are hard to track.

Among them is Saudi Al Rajhi Bank, founded in 1957 and with total current assets of $80 billion located in Riyadh, Saudi Arabia. The bank — which has no U.S. operations — was linked by U.S. government reports, criminal and civil trials, and media stories to al-Qaeda and the 9/11 attacks. Three of the Saudi 9/11 hijackers had personal accounts at the bank.

The Saudi Al Rajhi brothers started their business in the 1930s by changing money for pilgrims visiting the holy Islamic sites in Mecca and Medina. Later on, they diversified to other sectors, like real estate and construction. The flood of migrant workers to Saudi Arabia after the oil boom of 1973 enabled them to enter the lucrative money-transfer business from workers back to their countries. By 2011, Sulaiman, the wealthiest of the brothers, had $7.7 billion in personal wealth, making the Al Rajhi family the wealthiest Saudis outside of the royal family.

While the Al Rajhi family has been known for its charitable social contributions, a raid in Bosnia on a Saudi-based charity in March 2002uncovered a list of financial supporters of al-Qaeda. Allegedly, Sulaiman Al Rajhi was one of them. In the same month, a group of businesses and charities were raided in Virginia. These entities were associated with the SAAR foundation, another Al Rajhi charity accused of funding terrorism.

A short time later the raided Virginia entities engaged in a legal battle with the U.S. government over the handover of their documents. Al Rajhi Bank sued The Wall Street Journal over a report implying the involvement of the bank in funding terrorism. It was also revealed that the bank provided banking services to three of the 9/11 hijackers, which was the subject of a civil case as well. As of today, the Treasury Department does not list the bank or the Al Rajhi family members as persons who fund terrorism.

Part of the confusion regarding the relationship between Islamic banks and funding terrorism comes from the fact that so little research has been conducted on the Islamic finance marketplace in the West. Last February four officials at the International Monetary Fund authored a paper on the issue. Among the paper’s findings was that there are some issues related to Islamic finance. Most notably, challenges in providing transparency and some difficulty in tracking the money trail.

The Financial Action Task Force that monitors the global financial system has counterparts in the Islamic Financial Services Board and Accounting and Auditing Organization for Islamic Financial Institutions, organizations that have been established to promote and enhance the soundness of Islamic banks and to issue accounting and governance for them. Nevertheless, the four IMF officials concluded that “some specific features of Islamic finance could present vulnerabilities that require a different approach in the design of AML/CFT (anti-money laundering/ combating the financing of terrorism) regimes.”

Specifically, the nature of the relationship between the Islamic bank and its “customers” is at issue. “The partnership dimension may distort the institution/client relationship from an AML/CFT perspective and render more difficult the adequate fulfillment of obligations, such as ongoing customer due diligence or suspicious transaction reporting,” states the paper.

Consequently, some preventive procedures, like the reporting of clients’ suspicious transactions, could be compromised because of a potential conflict of interest. “Second, in the event the client is a money launderer or a terrorist financier, the institution as its partner could be considered jointly liable for ML/TF,” the paper concludes.

Islamic banks are also exposed to serious risks in the management of high volume of Zakat and Sadaqat money, which are the Islamic tax on the rich and the money or assets given to the poor, respectively. Tufts University’s Warde says that many of the accusations of funding terrorism come from indirect relationships connecting Islamic banks to charities using Zakat money, not the banks themselves.

Some Afghans and Arabs who fought the Soviet Union during 1980s received funding from Islamic banks. Yet some of those evolved a decade later to join the Taliban and al-Qaeda. So while funding them earlier with Zakat money was considered legitimate, the funding indirectly went to finance terror and is associated with account holders whose names may appear on watch lists.

In post-2011 wartorn Syria, nations of Saudi Arabia, Turkey and Qatar, among others, funded many factions of the Free Syrian Army that fought against the dictatorship of Bashar al-Asad. Many charities in these countries collected money for those fighters. However, several factions of the Free Syrian Army — most notably those with foreign fighters — were rapidly radicalized after 2013 and joined terrorist groups like ISIS. In fact, this recruitment effort by ISIS for these factions was among the most important reasons for the rise of the terror organization in Syria. Again, while funding a certain group was considered legitimate a few years ago, it is no longer the case.

An example of recent action is the Treasury Department’s announcement last February about a year-long joint investigation with the Iraqi government against an Islamic finance operation. Their mission: to track about 150 currency-exchange houses in Iraq known to be dealing with ISIS in Mosul. As a result of this process, the terror group’s finances have been squeezed after much of its oil money was cut last year.

There were some instances of a complete shutdown of a bank, like Al-Aqsa Islamic Bank, due to accusations of funding terrorism. Instead, the U.S. government erred on the side of caution. “The approach of the Treasury Department has been increasingly to reach out to the banks in what has been described as the quiet diplomacy to ensure that the banks are not shut down,” said Jonathan Schanzer, vice president of the Foundation for Defense of Democracies, who worked before as a counterterrorism analyst at the Treasury Department.

That being said, there are solid cases of Islamic banks that were designated as financing terrorism. The Palestinian group Hamas is classified as a terror group in the United States. Al-Aqsa Islamic Bank, used by the group, is on the Treasury Department’s list of the financiers of terrorism. The same is true for several Iranian banks.

As the niche sector continues to go mainstream in America and big and small investors dip their toes in the world of Shariah-compliant financing, time will tell how the nascent market will evolve. “We are pioneers in the U.S. trying to get the word out,” said Patrick Drum, research analyst and portfolio manager at Saturna Capital, an Islamic fund-management company in Bellingham, Washington.

He added, “Although we’ve been serving the community for decades, we’re just starting to get noticed.”