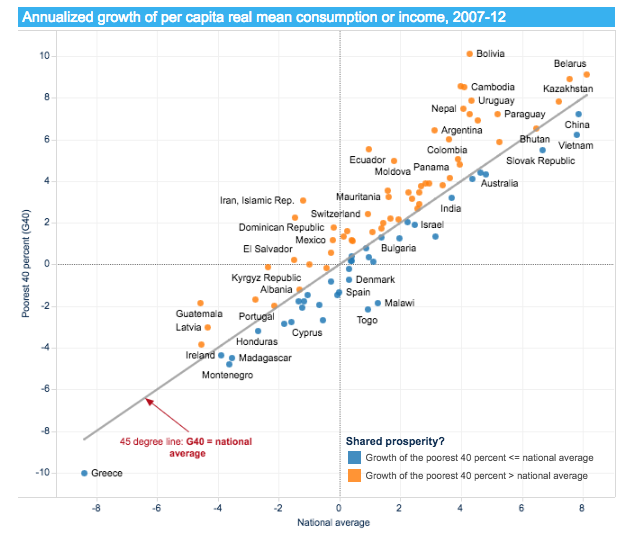 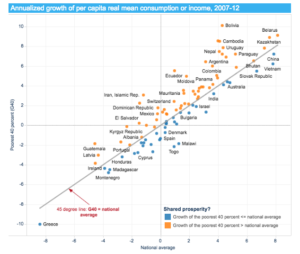 Sustainable Development Goal target 10.1 aims to progressively achieve, by 2030, sustained income growth among the poorest 40 percent of the population at a rate higher than the national average in every country. This echoes the World Bank’s goal of promoting shared prosperity, although the World Bank does not set a specific target for each country but aims to foster income growth among the poorest 40 percent in every country.

In 56 of the 94 countries with data for 2007 to 2012, the per capita income of the poorest 40 percent is growing faster than the national average (countries above the diagonal line in the chart above). Of those 56, nine still experienced negative growth, including high-income countries such as the United Kingdom and the United States, and middle-income countries such as Guatemala and the Kyrgyz Republic. Thus, higher growth among the poorest 40 percent does not necessarily lead to prosperity.

Another group of countries experienced relatively strong growth (above 3 percent) over the same period for both the poorest 40 percent and the total population, but in some cases the growth rate for the bottom 40 percent was lower than the national average (for example China and Vietnam). In these cases the SDG target would not have been met, even though people were, on average, better off.