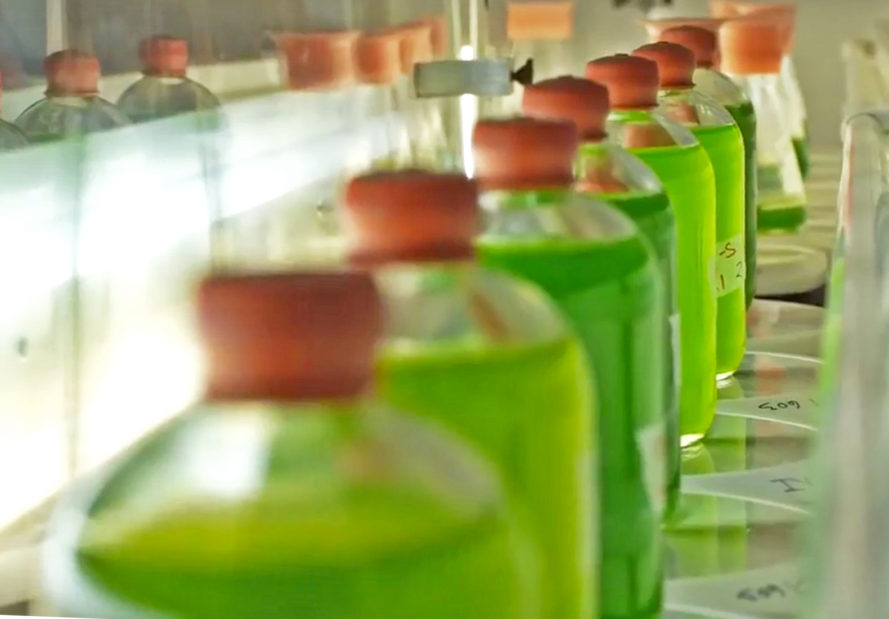 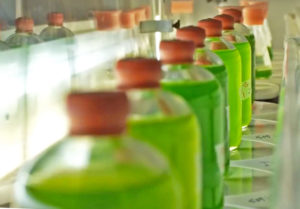 Scientists have long known that Algae releases hydrogen during photosynthesis – but only minute quantities for small amounts of time. Now a team of scientists at Tel Aviv University has developed a new strain of super algae that emits five times more hydrogen than normal. The development could have huge implications for the shift to clean energy, as automotive giants like Hyundai and Toyota release hydrogen-powered vehicles.

Iftach Yacoby‘s team showed that micro-algae actually releases hydrogen during the day. Algae creates hydrogen with the assistance of the enzyme hydrogenase, which is broken down when oxygen is present. The scientists found three effective mechanisms that remove oxygen so hydrogenase can keep producing hydrogen. According to Yacoby, the discovery of the mechanisms “makes it clear that algae have a huge underutilized potential for the production of hydrogen fuel.”

The team didn’t stop there. To make the algae even more efficient, Yacoby and his team genetically altered algae with the goal of making the organism produce more hydrogenase. They were able to engineer a micro-algae that generates 400 percent more of the enzyme than regular algae.

What’s next? Yacoby said their goal is to domesticate wild species of micro-algae that could be cultivated to create hydrogen for hydrogen fuel cells in cars. He said someday the energy produced via the algae could even be used to “drive the wheels of industry.”

Yacoby told The Jerusalem Post, “Twenty thousand years ago, the agricultural revolution took place. Man ceased being a hunter-gatherer. He domesticated plant species from nature and began to grow his own food. But when it comes to energy, we are still collecting from what nature gives us – so far mainly polluting fossil fuels, whose supplies are dwindling rapidly.”