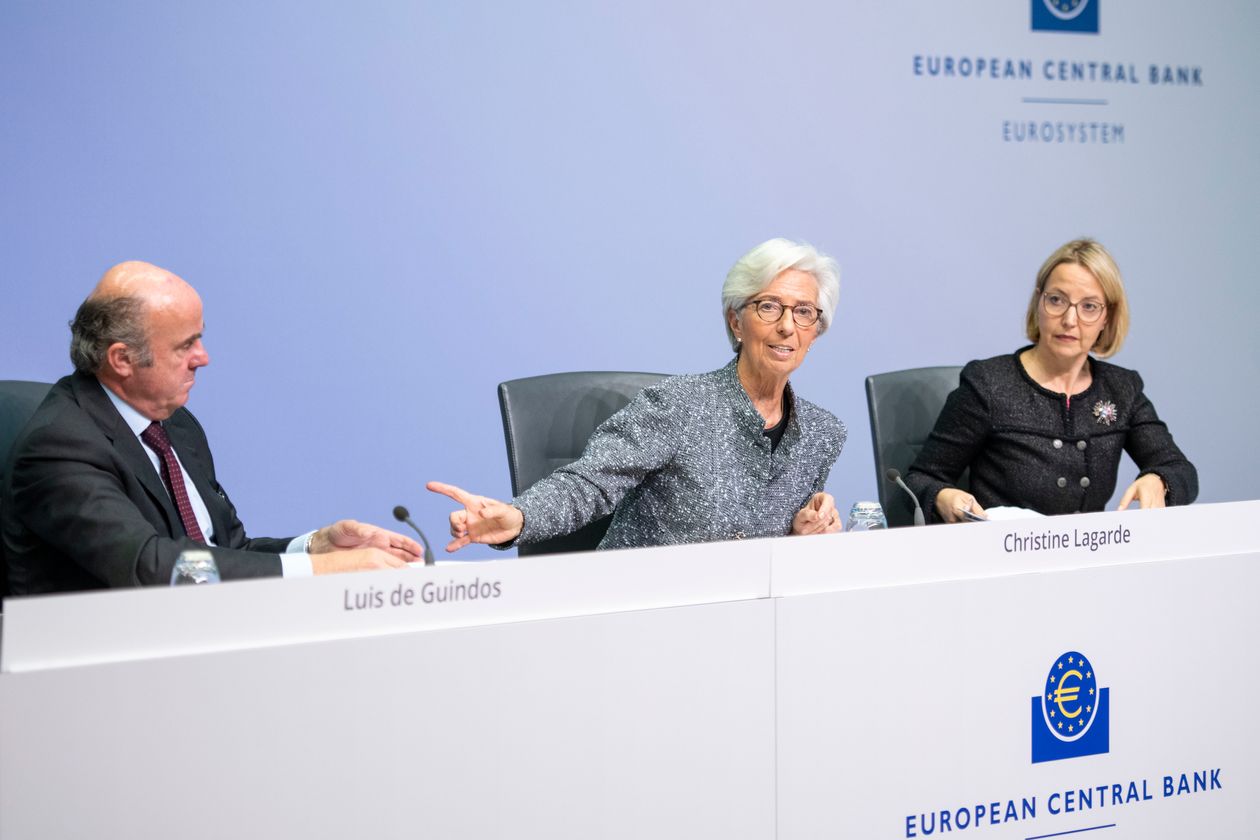 Industries haven’t all been equal in the month since the stock market rout began, and the European banking sector has been hit particularly hard. European stock markets are down by about 35% on average since Feb. 19. European bank shares have declined by about 45%.

Investors don’t seem to distinguish between banks within the euro zone—the largest of which are supervised by the European Central Bank—and banks outside. Both France’s Société Générale (ticker: GLE.France) and the United Kingdom’s Barclays (BCS) are down by about 50%.

Markets have also equally treated the banks that were struggling before the coronavirus crisis and the ones whose business had picked up during the previous years of economic recovery. The shares of Germany’s long-struggling banking behemoth Deutsche Bank (DB) have sunk by almost 50%, just like those of France’s BNP Paribas (BNP.France).

The market pounding on the European sector came even as central banks, namely the Bank of England and the ECB, in their policy response to the crisis, put special emphasis on helping the banking sector.

Special liquidity facilities at ultralow interest rates were announced. Regulators and supervisors cut some levels of capital requirements, or allowed banks to use capital buffers to live through the crisis. The idea was that it was important to allow banks to continue supporting the economy on the eve of an economic shock that may prove to be temporary but will certainly be volatile.

On the supply end of credit, banks were provided with cheap money to encourage them to keep lending. On the demand end—the borrowers, notably the thousands of small and medium companies that will be hardest hit—European governments multiplied state-sponsored schemes of credit guarantees designed to reassure banks that they would be paid back in full—no more new “bad loans” to saddle their portfolios with.

Investors remained indifferent. Banks are trading at the bottom of their valuations, measured by the ratio of their market capitalization to the value of their assets. Here, at least, the hierarchy of performances before the crisis has been roughly maintained. Deutsche Bank trades at about 17% of its book value, and SocGen trades at about 19%. At the top of the ranking are the euro zone’s perceived strongest lenders, such as BNP Paribas and Banco Santander (SAN), trading at about a third of their book value.

Policy makers point out that banks are not today in the sorry state they were caught in at the onset of the financial crisis, after years of ultralight regulation. According to the ECB, the euro zone banking sector’s common equity Tier 1 ratio is now above 14%. It stood at barely 8% in 2008.

The bad loans on their balance sheets have shrunk after a decisive push by supervisors. And their liquidity ratios have improved, as well. Finally, the euro zone has since then created a so-called resolution regime, which allows for the orderly shutdown of a big bank in case of a major crisis, and doesn’t force taxpayers to foot the bill.

The problem is now whether these more solid foundations can withstand the challenge of an economic tsunami. Banks are exposed to industries such as airlines, the hotel industry, and the oil sector.

In spite of the hundreds of billions pledged by governments in the form of credit guarantees for struggling companies, bad loans could still come back to haunt balance sheets. Meanwhile, ever-lower interest rates are putting pressure on profits. At some point, governments that are helping the banks to help the economy may have to focus on helping the banks themselves.