The Best and Worst Internet Experience in the World 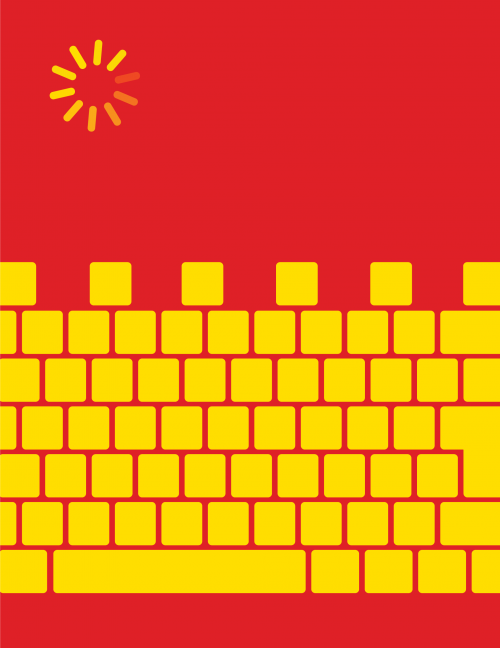 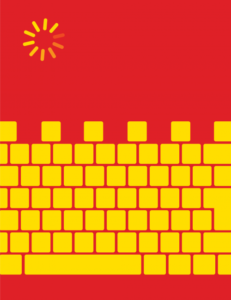 Mobile innovation in China is flourishing, bringing new conveniences to daily life. Is that happening despite or because of the country’s strict controls on online expression?

On a recent night out in Beijing, a friend in her late 20s sent me a message on WeChat to ask which new restaurant I’d like to try: Thai or Italian? Then she sent me a location “pin” on the popular Chinese social-messaging app to help me navigate to the chosen address. After dinner, we took selfies while clinking cocktail glasses, and she enhanced our pixels using MeituPic, a popular photo retouching app, to virtually brighten our lipstick and smooth any dark circles under our eyes before posting the photos to her WeChat timeline with the caption “Fabulous dinner!”

While I got up to hand my credit card to the waiter, my friend transmitted her half of the bill to my WeChat Wallet account with a few clicks on her gold iPhone 6. As we strolled outside toward the Workers’ Stadium, enjoying the balmy spring evening, she hailed a taxi using the app Didi Chuxing, which arranges 14 million rides a day in China. A driver would pick her up in three minutes. Sometimes, she explained, she also checks Uber, but since it has fewer cars on the road and typically longer wait times in Beijing, she—like most of my Chinese friends—prefers Didi.

It’s hard to overstate how quickly the mobile Internet has transformed the social rhythms of urban life, including a Saturday night out, in China’s cities. This is especially the case among the younger and wealthier folks most likely to wield the newest smartphones, but it’s not true only for them. Among the country’s roughly 690 million Internet users, 620 million now go online using a mobile device. Far more than the U.S., China is truly a “mobile first” market.

The homegrown companies unfurling these innovations are doing it in a country with some of the world’s tightest restrictions on the Internet. Even beyond the censorship imposed by the Communist Party and the bans on connections to overseas Web services, the government pays as many as two million people, by some estimates, to flood social media with posts “devoted primarily to distraction through cheerleading for the state,” as scholars from Harvard, Stanford, and the University of California, San Diego, showed in a paper in May. You can feel the vast operation of Web filtering in action because the Chinese Internet is often excruciatingly slow. Like most professionals in China who need to view global news or scholarly journals published elsewhere, I spend a considerable amount of time waiting for websites to load and impatiently hitting “reload.” That’s a (probably) unintended consequence of the Great Firewall, China’s system for inspecting incoming Web traffic. It slows things down much the way a security checkpoint slows cars on a highway.

These stark contrasts—an Internet that is simultaneously dynamic and lethargic, innovative and stultifying, liberating yet tightly controlled—are easier to understand when you realize they are not necessarily contradictions. Being forbidden to develop tools for stimulating free expression or transparency essentially forces Chinese entrepreneurs to concentrate their resources on services that facilitate commerce, convenience, and entertainment. And the more successful those kinds of businesses become, the more money they and their investors have at stake, possibly cementing the status quo.

People in China who never had checkbooks or credit cards, and who previously handed their landlords thick stacks of 100-yuan notes every three months (each worth about $15 today), now use financial apps like WeChat Wallet and Alipay to pay rent. The absence of many legacy banking services, such as checking accounts, may have hastened the adoption of mobile banking in China: according to a 2013 study by PricewaterhouseCoopers, Chinese consumers were nearly twice as likely as respondents in other countries to say they expected their phone to be the primary way they made purchases in the future (55 percent vs. 29 percent).

China’s new affinity for online shopping has powered the rise of Alibaba (whose gross merchandise volume has grown threefold over the past four years, to about $475 billion) and other giant online retailers, including rival JD.com. These companies have knitted together extensive delivery and courier services that can send sweatpants, jade necklaces, or refrigerators to just about every courtyard home in Beijing’s winding old alleys and each apartment in 30-story high-rises in second-, third-, and fourth-tier markets. In small cities that never had brick-and-mortar luxury shopping malls, the aspiring rich now sport Gucci labels.

Meanwhile, farmers in crumbling stone homes in tiny villages, like Bishan (population 2,800) in southern Anhui province, which I visited in 2014, can now peddle their organic radishes to urban foodies using the same platforms, sometimes charging a hefty premium for veggies grown without pesticides to newly health-conscious Chinese shoppers.

No matter where you go across the country today—from booming megacities to the increasingly desolate countryside—you see online delivery men steering electric bicycles, with metal carts hitched behind.

Creating these new services has made many people in China wealthy and a handful very, very wealthy. According to Forbes, six of China’s 10 wealthiest individuals are founders or top executives of Internet-related companies. The rise of domestic technology firms, including Baidu, Alibaba, Tencent, and Xiaomi, has not only changed the Chinese economy; it’s changed, in some sense, the Chinese dream. The example of Alibaba’s Jack Ma or Baidu’s Robin Li now lures a growing stream of Internet entrepreneurs to incubators and coworking spaces like Beijing’s Tech Temple, a funky steel-and-glass office space with a coffee bar and resident dog.

Chinese news sites and social-media platforms are quickly scrubbed of any content deemed sensitive or offensive. The number of blocked foreign services, including Facebook, Twitter, Instagram, Google, and the websites of the New York Times and Bloomberg News, has greatly expanded over the last decade—a counterpoint to the relative “openness” of a pre–2008 Olympics China, which was still trying to impress the world with the appearance of liberalizing intentions. The system today has largely shifted from censoring individual news stories to shutting out entire services or platforms. The Economist’s website was blocked in early April 2016 following publication of a cover article critical of China’s president,“Beware the Cult of Xi.”

A growing sliver of Chinese who’ve lived abroad and know the Internet differently, as well as the country’s 600,000 or so expats, take the risk of scaling the Great Firewall using software known as a “virtual private network,” or VPN. But popular VPNs, such as Astrill (from a company headquartered in Seychelles), are engaged in a continual game of cat-and-mouse with government hackers, who manage with remarkable frequency to cripple them or take them offline. (The Astrill team now sends dire warnings out to registered users not to reveal access details in public, where the wrong eyes might see.) It’s wise to have more than one VPN loaded on your computer, and to expect to switch between VPN servers during the day. It’s like driving cross-country in a 1960s Volkswagen Beetle that might at any time go kaput.

China’s slow and censorship-addled Internet has brought certain kinds of liberties, even if they are not the kind of broad political freedoms once envisioned. For instance, online communities have allowed people who are disadvantaged or facing discrimination to find each other. Blued, China’s most popular dating app for gay men, has become a critical hub, organizing sexual-health forums and anonymous HIV-testing sites while gently pushing for public tolerance and acceptance. Hitomi Saito, a 17-year-old transgender high school junior in Beijing, runs a help line on Thursdays over WeChat and other services, fielding questions from across China about transgender rights, health concerns, and strategies for dealing with families. Meanwhile, tech startups funded by a recent infusion of venture capital in China—now the world’s second top destination for investment, after the U.S.—are striving to improve access to education and medical services, attempting to solve problems in China that lumbering state-run institutions haven’t adequately addressed.

Even so, roughly 15 years after Internet access became widespread, the country is no closer to democracy. Weibo, a once-freewheeling social platform sometimes called China’s Twitter, was briefly hailed for galvanizing a more open national conversation and serving as a virtual public square. But its heyday was about 2011; then enhanced censorship reined it in. Many of the “big Vs”—Weibo’s “verified users,” mostly celebrities and entrepreneurs who boasted millions of followers and broadcast news and opinions that sometimes questioned government actions—have since been pressured, arrested, or forced to give false “confessions” on state television. Others have voluntarily gone quiet.

To be sure, the most radical predictions that the Web would transform Chinese politics were always made by people who knew more about technology than they did about China. The notion that the Internet lay beyond state control and was inherently a force for freedom, especially freedom of information, arose in the 1990s out of the optimism of a nascent Internet industry based in the United States, explains Scott Malcomson, author of a new book, Splinternet, on the emergence of nationally divergent Web cultures. Meanwhile, those closer to China always tended to be more skeptical. As Jeffrey Wasserstrom, a professor of history at the University of California, Irvine, and author of China in the 21st Century: What Everyone Needs to Know, puts it: “On the whole, I guess I think the hopes for the Internet being magically liberating [in China] were always overblown, but I had more modest hopes for it at some points that haven’t even come true.”

Therein lies the connection to the other part of China’s Internet, the one getting all the funding. The more successful China’s large Internet companies become, the more averse to political risk they are likely to be. Complying with government mandates is a necessity for staying in business and making or retaining these new fortunes. As Robin Li toldthe Wall Street Journal in 2010 when asked about censorship, “You know, we are a China-based company; obviously we need to abide by the Chinese law.” Li, who’s the closest thing China has to a Steve Jobs or Sergey Brin figure, is not espousing a cyberspace gospel of creative rebellion and defiance. He’s stating what it takes to survive in authoritarian China, and survival is the first precondition for success.