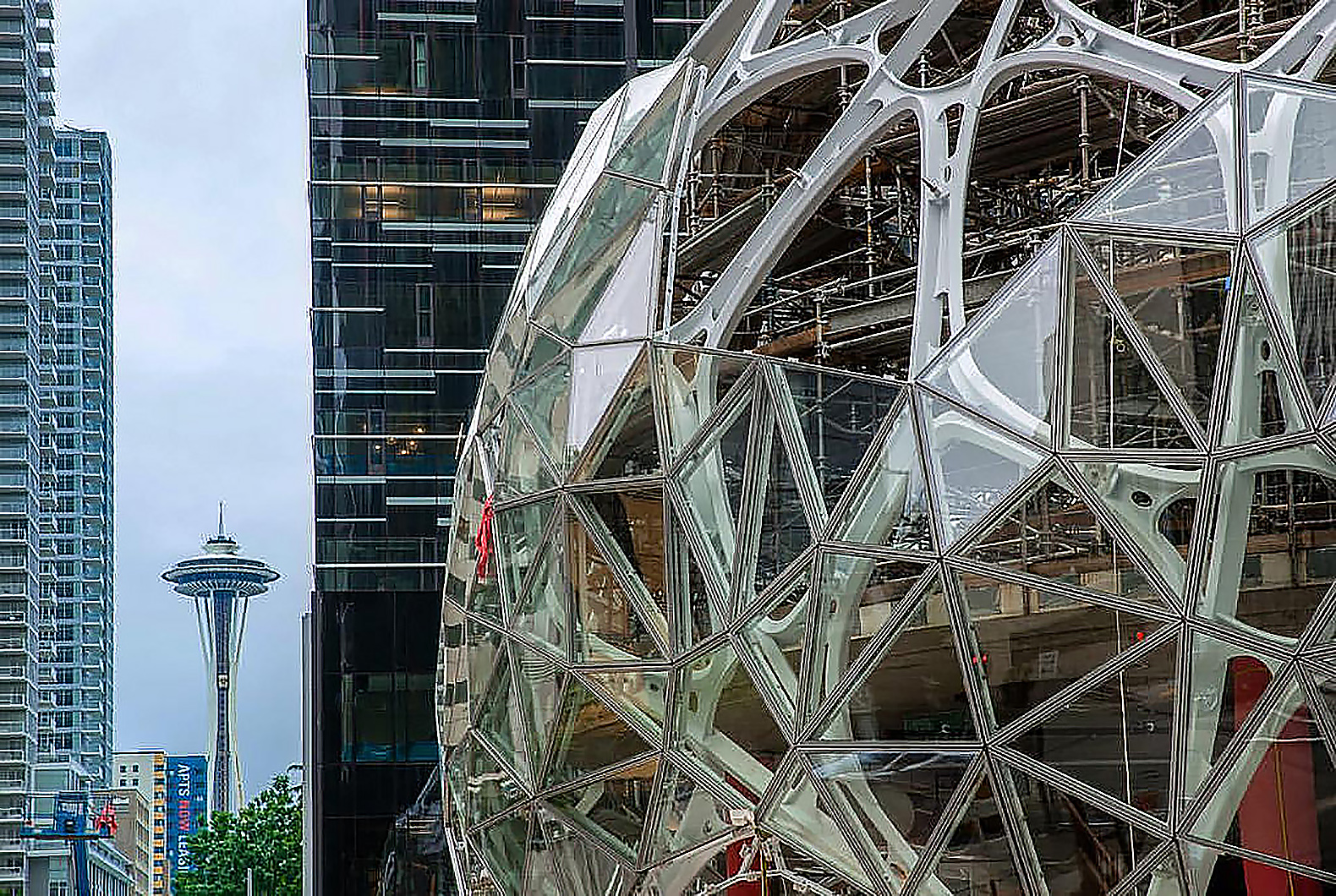 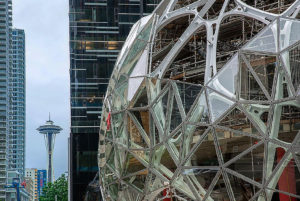 In 2013, architecture firm NBBJ unveiled their plans for an addition to Amazon’s new Seattle campus: three biosphere domes filled with plants. Construction on the biospheres started last year, and recent pictures reveal the domes are slow starting to take shape.

In April, workers painted the westernmost biosphere white and began to install glass panes on the domes. When finished, the 100-foot-tall biospheres will comprise part of Amazon’s new 3.3 million square foot complex. The crystal spheres are located in front of the new headquarters also under construction.

The biospheres will bring the outdoors indoors with over 300 species of plants from 30 countries. Suspension bridges inside the domes will allow employees to enjoy the greenery, and there will even be “meeting spaces resembling bird nests perched in mature trees” where employees will gather to brainstorm. Worldwide Consumer CEO Jeff Wilke described the biospheres as “a place where new possibilities are explored and ideas are formed.” Amazon will employ a full-time horticulturalist to care for the biosphere plants.

Amazon CEO Jeff Bezos has eschewed free food and other perks that tech companies like Google and Facebook offer employees. Such Silicon Valley giants often require employees to travel long commutes. Instead, Bezos has focused his efforts on keeping his offices in urban locations. Employees at the new Seattle offices will be able to walk to nearby apartments, food trucks, and plenty of restaurants. Bloomberg reports that when the new campus is finished, Amazon will have “10 million square feet of office space in Seattle.”

The green biospheres will likely open in 2018. NBBJ hopes to achieve LEED Gold certification for the campus.

Via Bloomberg and GeekWire