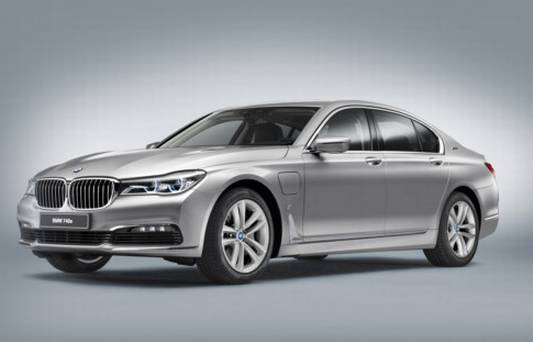 BMW is teaming up with Intel and Mobileye to develop new technology for the auto industry that could put self-driving cars on the road by around 2021.

The alliance highlights a shift in the dynamics of research and development in the car industry, which until recently saw automakers largely dictating terms for suppliers to manufacture their proprietary technologies at specified volumes and prices.

Now carmakers are increasingly striking up partnerships with technology firms using open technology standards, seeking to harness their expertise in areas including machine learning and mapping as they race against Silicon Valley companies such as Google, Tesla and Apple to develop driverless vehicles.

“Highly autonomous cars and everything they connect to will require powerful and reliable electronic brains to make them smart enough to navigate traffic and avoid accidents,” Intel Chief Executive Brian Krzanich said on Friday at a joint news conference announcing the alliance.

The three companies said their new platform would be made available to multiple carmakers and they expected vehicles with highly and fully-automated driving would be brought into mass production by 2021. It is too early to say which other carmakers would join the alliance, BMW Chief Executive Harald Krueger said at a news conference on the outskirts of Munich on Friday.

Sophisticated cruise control systems already enable “hands off” driving as cameras and computers allow cars to automatically brake, steer and accelerate in traffic at low speeds. But drivers are required to stay in control.

Now BMW, Intel and Mobileye will develop cars with even higher levels of automation described as “eyes off,” “mind off,” and “driver off”. This requires much more computing power and software know-how, forcing traditional carmakers to collaborate more closely with technology specialists.

But creating common technology standards would help all manufacturers update their vehicles faster, Intel Chief Executive Brian Krzanich said. “That will be critical for advancing the safety aspects of this.”

A common approach to standards will also make it easier for regulators to understand and approve the roadworthiness of a vehicle while still leaving enough scope for individual car manufacturers to customise their cars, Mobileye Chairman Amnon Shashua said.

Beyond technological hurdles there are legal questions over who is responsible when a crash occurs. On Thursday, the driver of a Tesla Model S car, operating in Autopilot mode, was killed in a collision with a truck in the United States, prompting an investigation by federal highway safety regulators.

When asked about the crash, BMW CEO Harald Krueger said: “The accident is very sad …. We believe today the technologies are not ready for series production,” he added, explaining the alliance had not forecast that until 2021.

“For the BMW group, safety comes first,” he said.

As part of the new alliance, Intel, the world’s largest computer chip maker which has been looking to expand into the automotive electronics market, will supply the microprocessors – or central processing units – to control an array of sensors.

The three companies said they would demonstrate their technology in a prototype in the near future.