What will Donald Trump’s victory mean for Asia? 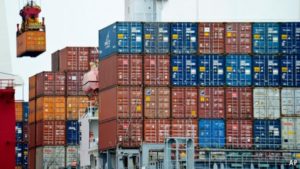 FOR decades, American grand strategy has been built on three pillars: open trade and the prosperity that flows from it; strong formal and informal alliances, from Japan to Australia to Singapore; and the promotion of democratic values. It is not clear that Donald Trump, America’s president-elect, cares for any of them. His victory represents a huge blow to American power and prestige in Asia.

Start with trade. For years the Obama administration has promoted the 12-country Trans-Pacific Partnership (TPP) as a gold-standard trade deal. It was never an easy sell domestically, but its proponents held out a faint hope that it could pass in the lame-duck Congress. That now appears unlikely: lawmakers are sensitive to the national mood, and whatever Trump voters voted for, it wasn’t for trade deals with Asia.

Indeed, Mr Trump threatens to start a trade war with China, America’s biggest trade partner, promising to slap punitive tariffs of 45% on Chinese goods. Though America would probably be the biggest victim of such a war, it would also ripple through production networks that span Asia, killing jobs and knocking confidence.

The only economist among Mr Trump’s economic advisors (the rest are businessmen) is Peter Navarro, who argues that China is responsible for hollowing out American manufacturing. He sees trade imbalances as the world’s primary economic problem, and says they are mainly caused by currency manipulation. China, he says, is a “poster child for this problem”. These views are well outside the mainstream but Mr Navarro may well carry considerable weight in the administration-in-waiting.

Mr Trump he says he will pull America out of the Paris climate treaty and abrogate Barack Obama’s climate agreement with China—one of the few bright spots in Sino-American relations. He promises to label China a currency manipulator, but the only consequence of that would be that America would have to engage China in talks on the currency’s value, which would have no practical effect. He threatens to bring trade cases against it both at home and at the World Trade Organisation; and to “use every lawful presidential power to remedy trade disputes if China does not stop its illegal activities”. American law allows the president to impose tariffs unilaterally—but only up to 15% and only for 150 days.

Barack Obama’s “pivot to Asia”—a promise to pay more attention to the world’s largest and most buoyant continent—is under threat. America’s priorities ought now to be to reassure Asian friends of America’s continued commitment; to engage China on global issues, such as climate change, as well as bilateral ones; to stitch together groupings of like-minded countries that can push back against Chinese assertiveness; and to be ready to apply greater pressure on China—by punishing Chinese firms and banks doing business with North Korea—if China does not do more by itself to rein in its delinquent client state, which is developing long-range nuclear missiles faster than outside experts feared. Hillary Clinton understood these challenges. Expecting victory, she was readying a competent team of Asia specialists.

Mr Trump, by contrast, gives no sign of understanding what is at stake. It is not clear who will agree to serve as his specialists—nearly the entire Republican cohort of Asia hands has disowned him. His election will deeply unnerve Japan, America’s staunchest friend in Asia. During the campaign he accused Japan of free-riding on America’s security commitment, and suggested that it and South Korea should develop their own nuclear weapons rather than shelter under the American umbrella—a recipe for regional instability. Neither country is anywhere close to considering the possibility. But the fear will grow of American disengagement from the region. Mr Trump’s disavowal of an American-backed rules-based order risks pushing China towards greater assertiveness—particularly in the South China Sea, if America decides to abandon its freedom-of-navigation patrols.

China’s hawks see a geopolitical opportunity. Deep in the belief system of China’s ruling Communist party is that China is a rising power and America a declining one. Mr Trump’s election is already being seen as a cause and a consequence of American weakness. “The US and West may have to suffer from its consequences rather than China,” wrote Global Times, a newspaper with links to the military. “We may as well let the guy go up and see what chaos he can create.”