This 751-Foot Superyacht Will Soon Be the World’s Largest 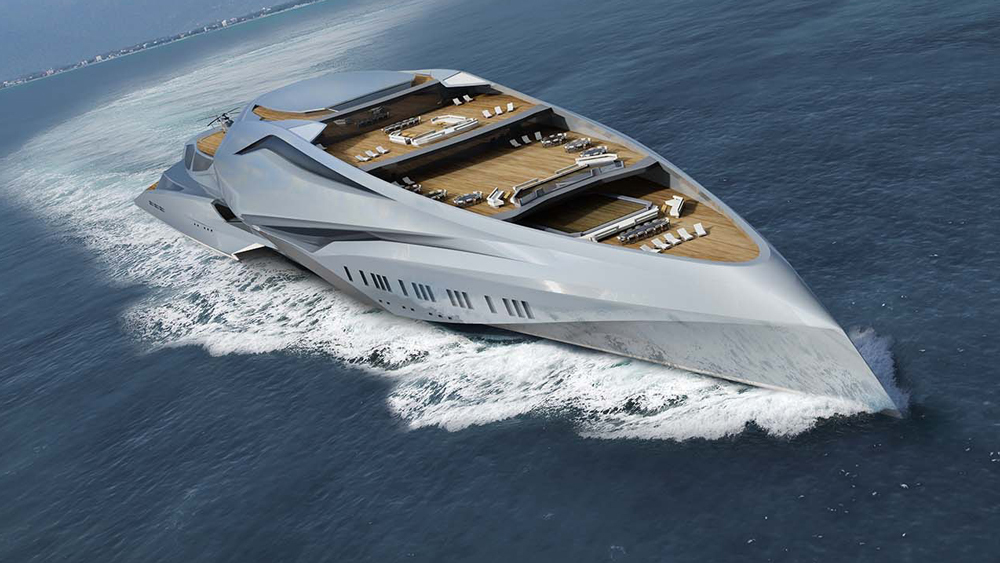 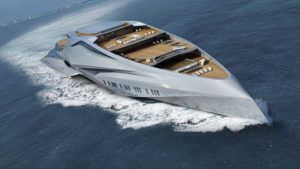 And it’s going to be open to the public.

Superyachts are getting super huge. The race to flex one’s wealth has been heating up, with palatial ships aiming to outdo each other in size. Six years ago, German megayacht builder Lürssen delivered Azzam, the largest privately owned yacht in the world at 590 feet in length, to its owner (thought to be United Arab Emirates President Khalifa bin Zayed al-Nahyan), although it first set sail more than a year later. That yacht one-upped previous record holder Roman Abramovich’s Bloom + Voss–built Eclipse, by almost 60 feet. Meanwhile, Dallas Cowboys owner Jerry Jones just bought a 357-foot yacht that’s longer than a football field and comes with two helicopter pads (yet it’s relatively compact compared to Eclipse and Azzam).

But South Korean yacht designer Chulhun Park is aiming to outdo them all—his latest design, the Valkyrie, promises to be the largest superyacht in the world at a whopping 751 feet.

The Valkyrie, however, will be off-limits to potential billionaire clients—this superyacht will be open to the public, according to CNN. The yacht is still in the design phase, but if built, the Valkyrie could house 52 guests in 26 cabins with 92 crew members in 46 cabins when it sets sail. If the ship is docked, Park says it could accommodate many more visitors.

Park conceived the idea for his new superyacht as part of his thesis project at the Royal College of Art in London, where he was earning his master’s in design. The project was supported by Monaco-based yacht designers Palmer Johnson Yachts—where Park used to work before moving on to Latitude Yachts. Park designed the yacht above the waterline, while Palmer Johnson took care of the engineering and design down below. Valkyrie‘s construction is tallying an estimated cost of $800 million—that’s $180 million more than Azzam.

Based on sketches at Chulhun.com, the superyacht will have a helicopter landing pad (naturally), a casino, a club, a sky lounge, a beach club, two restaurants, two theaters, a shop, and more. Since it’s not built yet, you will have to wait to find out how much a journey on board will cost you, but with only 26 cabins (and a hefty production cost), you can expect this to blow a high-end cruise out of the water—and come with a price tag to match.

All eyes are on this inflation number, which could have the biggest gain in nearly a decade 179

China, biomarine energy and its players 179