Japan’s Robot Hotel Just Laid Off Half Its Robots 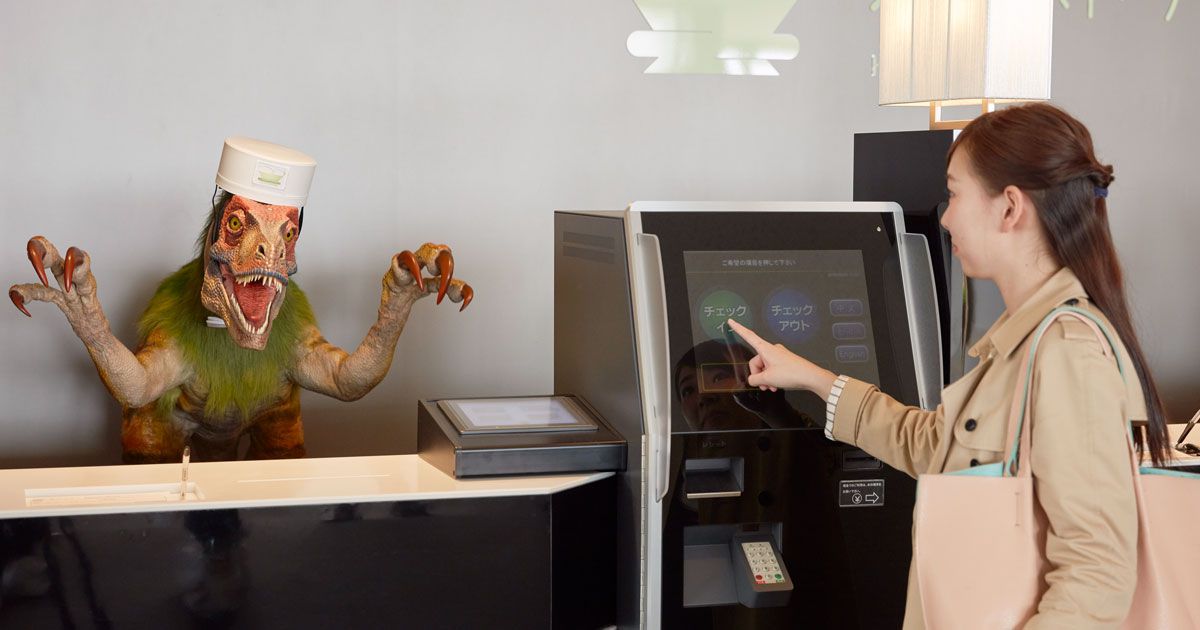 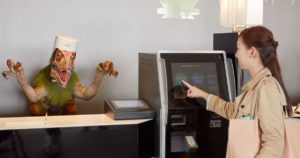 Automation? In this economy?

Japan’s iconic Henn-na — literally “Strange” ­— hotel has decommissioned half of the 243 robots it once used to handle everyday operations.

Since opening in 2015, the hotel has raised publicity by “employing” hundreds of bizarre robots that ranged from bizarre-but-helpful-I-guess to downright annoying, according to The Wall Street Journal. The robot helpers made for a fun gimmick, but weren’t quite readyfor the big leagues — a blow not just to dreams of an automated world, but to Japan’s pop-culture image as a leader in the space.

Some of the problems stem from creative ideas that didn’t pan out, like a robot velociraptor that staffed the check-in desk. Others came from an inability to keep up with the breakneck pace of assistive technology, like how Churi, the personal assistant robot found in each room, could handle basic tasks but pales in comparison to the personal assistant that comes standard with any new smartphone.

In case after case, these robots proved too annoying or broke down too often to be worth the trouble, according to the WSJ. The velociraptor couldn’t handle foreign guests, for instance; human employees had to come over to photocopy their passports.

Churi could change a room’s temperature and respond to basic small talk, but couldn’t answer any questions about the area or other attractions. Meawhile, Henn-na Hotel’s management was so confident in the robots’ abilities that they didn’t equip rooms with phones. Later on, management made up for Churi’s limitations with the cutting-edge solution of placing a human employee at the front desk to answer questions.

Meanwhile, Churi would reportedly wake up guests again and again after mistaking their snoring for a question that the robot couldn’t quite understand.

So what if Henn-na Hotel’s robotic luggage shuttles get in each other’s way and can only access about a quarter of the hotel’s rooms without breaking down? The ubiquitous presence of these robots, even the immobilized bot who forever sits at the piano without ever playing a note, gives the hotel a retro-futuristic vibe, sort of like how the Jetsons had an autonomous robot maid but still gathered around a tiny television set.

In the future, Henn-na Hotel plans to adopt robotic technology that’s more similar to the advances we see elsewhere, like facial recognition door locks, the WSJ reports. It won’t be as charming, but it should work a little bit better.

The fear of Biden’s Administration, the concern over the Abraham Accords (see below), the positioning of the geopolitical status in the Middle East, a [...]
Leggi di più
13 Aprile 2021 9:51 Giancarlo Elia Valori 93

U.S. to Start Consultations With Taiwan Over Currency
The U.S. will start talks with Taiwan to address the valuation of its currency and external imbalances, saying its central ...
Hong Kong Tycoon Jimmy Lai Jailed Over Role in Peaceful Protests
A Hong Kong judge sentenced newspaper publisher Jimmy Lai to 14 months in jail after he was convicted on charges ...
China Plans to Approve First Foreign Covid-19 Vaccine by July
The final timing of Beijing’s decision to green light the BioNTech shot will depend in part on approval of Chinese ...
Iran Begins Enriching Uranium at 60% Amid Slow Progress in Nuclear Talks
The move, which was announced earlier in the week, comes after an attack on Iran’s nuclear facility at Natanz that ...
China Growth Numbers Betray Waning Momentum
China reported record on the year growth of 18.3{a814b319685e056a5b4dd07da15234007dfcd05648050add87fff7441ad0aa9c} in the first three months of 2021, but the more telling ...
Covid-19 Surge in India Risks Breeding Variants the Nation Can't Track
As it battles a huge surge in coronavirus cases, India trails many other countries in the genomic sequencing necessary to ...

First U.S.-China meeting under Biden gets off to a rocky start 255